The X-Factor Spoilers – The Entire Format Has Been Changed! 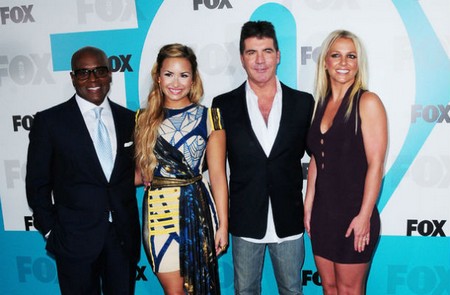 The X-Factor USA will be flipping on its head for the upcoming 2012 season. The format will be changed completely and the usual gender assigned groups will be stripped away. This will be the first such change to the format. It has not been reformatted like this anywhere else in the world.

The show had the familiar categories of men vs. women vs. groups vs. age. The contestants were pitted against one another based on their gender and age, which has led to much controversy in other territories where the show has been broadcast. The first group to win the UK X-Factor (which is becoming redundant) was Little Mix (this girl group was also formed as a super group, see below). They have, unfortunately, not achieved the same success of second runner ups One Direction or runner ups JLS from the previous seasons. A group never actually fares too well on X-Factor and many point to the back stories and editing of the contestants. In the first US season, the groups mentored by Paula Abdul, were the first to go. The difference between American and British audiences is that in the UK, the show has received unparalleled praise, whereas in the US, the show is still hitting out the dents and kinks. A group almost always falters in X-Factor due to the familiarity and popularity of several other solo contestants.

In addition, Simon Cowell and the producers have formed super groups, along the lines of One Direction, which will consist of solo singers who auditioned in the first rounds, but weren’t good enough singers to make it on their own. These super groups are the feeder pools of X-Factor. These groups were also formed in the previous season of US X-Factor with InTENsity and Lakoda Rayne. InTENsity has since disbanded for obvious reasons.

Several of the contestants which made it through to the top 32 were called back immediately after their successful audition in order to film their successful exit again. The audience and contestants are filmed several times in order to create a televised set-up. This is one of the most well-known – albeit disturbing – methods which is used in reality television, especially before the live shows start rolling around. Producers are able to manipulate and re-create to their heart’s content. This gives the audience at home a sense of familiarity and linearity. What is a reality television show without a beautiful back story? Please understand, these recreation scenes might seem fake, but they’re extremely important in creating a narration which the viewer will understand. Many critics of these reality television talent shows have pointed to these recreated scenes as the main cause behind the eventual winner of the show, because these opening episodes create a back story for the contestants and offers the audience an opportunity to either love or hate them.

Let us know in the comments below how you feel about these changes and remember, stay with Celeb Dirty Laundry for the latest breaking news on The X-Factor USA. Bookmark us, we don’t bite – except if you’re a Kardashian.