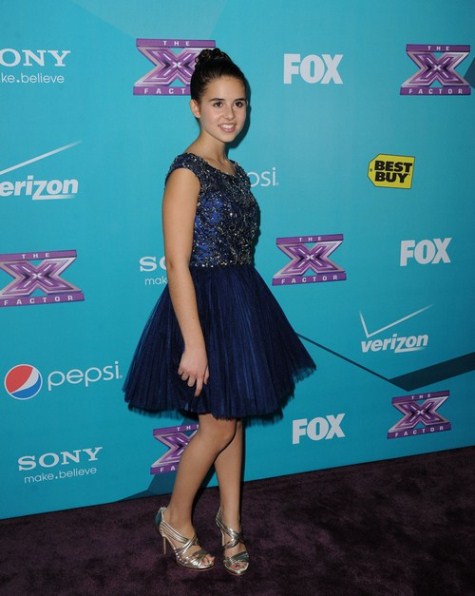 Carly Rose Sonenclar took the stage tonight on THE X FACTOR USA for his Top 6 video performance.  Carly Rose Sonenclar sang “If I Were A Boy” ” by Beyonce for her Pepsi Challenge song.  Tonight’s show the top 6 performed live in front of coaches Simon Cowell, Britney Spears, Demi Lovato and AJ Reid for America’s vote and to make it another week.

Judges comments:  LA says he knows she’ll never let him down. Demi thought it was a phenomenal vocal but a bit predictable. Simon says she has had a phenomenal night.

[9:30:46 PM] jody overland: Carly Rose Sonenclar would have to be given a Beyonce song right? I mean it’s pretty much the only diva that she hasn’t had to take on yet, so here we go with If I Was a Boy.  I hate this song usually, but of course Carly makes it sound great.  If you want Carly to stay around another week – Vote for Carly Rose Sonenclar at 1-855-THE-XF-09