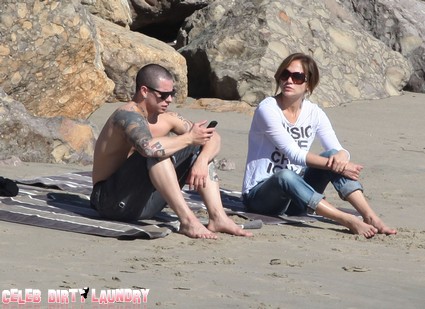 Whether you call him a toyboy or a boytoy Casper Smart‘s days with sugar mama Jennifer Lopez are coming to an end soon. This is the scoop from friends close to J.Lo. Although Casper is doing his best to be a useful tool for his cougar it seems like she has eaten him up and will spit out his remains shortly.

Although Jennifer has been schlepping the backup dancer everywhere with her an spoiling him with lavish gifts a source close to Jennifer says that he is merely a temporary distraction soon to be getting the boot.

From In Touch Magazine – A source close to Jennifer revealed:  “She really enjoys spending time with Casper, but she doesn’t see a future with him.  Jennifer is just having fun right now but has no intention of taking things to the next level with her 24-year-old boytoy.”

“Casper hangs on her every word and he adores her – which Jennifer loves – but J.Lo is basically using him to get through the pain of her divorce from Marc.  Casper is the rebound guy, and that’s it.”

Considering the Jennifer brings her sex toy around her children one suspects that there might be more to the relationship than meets the eye. So many male stars in Hollywood are with women less than 1/2 their age – why not J. Lo?