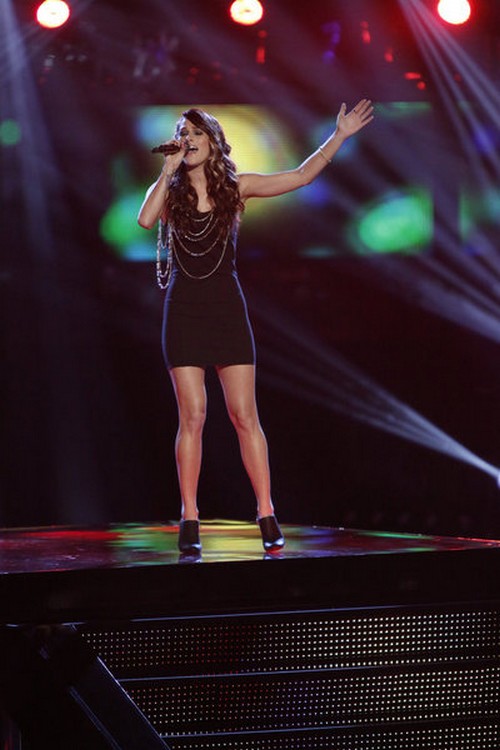 Cassadee Pope took the stage tonight on THE VOICE Final Performance show, for the third song of  her Top 3 video performances and her final chance to impress America.  Cassadee sang a “Cry” by Faith Hill.  Tonight’s show the top 3 performed live in front of coaches Christina Aguilera, Adam Levine, CeeLo Green and Blake Shelton in a final bid for America’s votes.

Judges Comments:  Adam “I wanted you on my team and I was really critical, but I don’t care, you have accomplished everything that I wanted you to”. Blake “I don’t know what else I can say, I have never heard you sing as good as you did tonight”.

It’s Cassadee, she left her band to go solo and apply to The Voice. The show has helped Cassadee in many ways, even her personal life as she is now reunited with her father. Tonight Cassadee will be singing “Cry” by Faith Hill.  To vote for Cassadee Pope: 1-855-VOICE-02