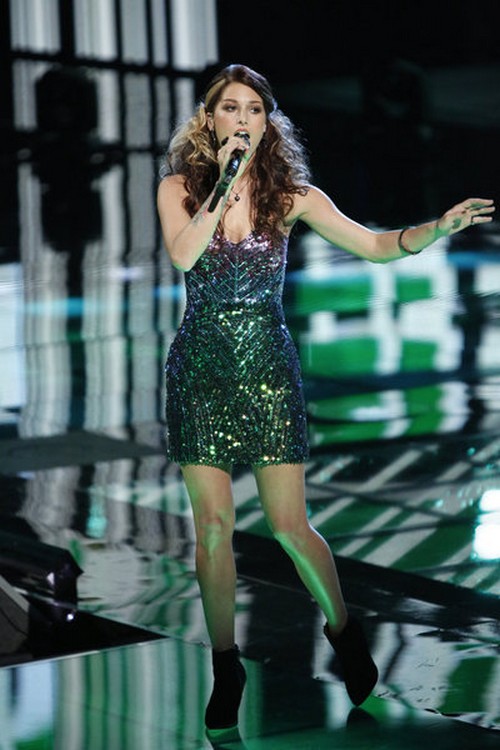 Cassadee Pope took the stage tonight on THE VOICE Final Performance show, for the first song of  her Top 3 video performances and her final chance to impress America.  Cassadee sang a “Over You” by Miranda Lambert and the song was chosen by her coach Blake Shelton.  Tonight’s show the top 3 performed live in front of coaches Christina Aguilera, Adam Levine, CeeLo Green and Blake Shelton in a final bid for America’s votes.

Judges Comments:  Christina “You look drop dead gorgeous, stunning. Your voice, you nailed that song with so much emotion, you can sing anything and sad you are Blakes”. Adam “The coolest thing about your voice is how you have developed your voice, it is finely tuned and you have so much to be proud of”. Blake “You know how I feel about that song and you singing it, is perfect. America’s heart is heavy and this song is about healing, it was a great moment and somehow it will start the healing process, you truly amaze me”.

Cassadee Pope is next and she is singing one of Miranda Lambert’s songs, “Over You”.  To vote for Cassadee Pope: 1-855-VOICE-02