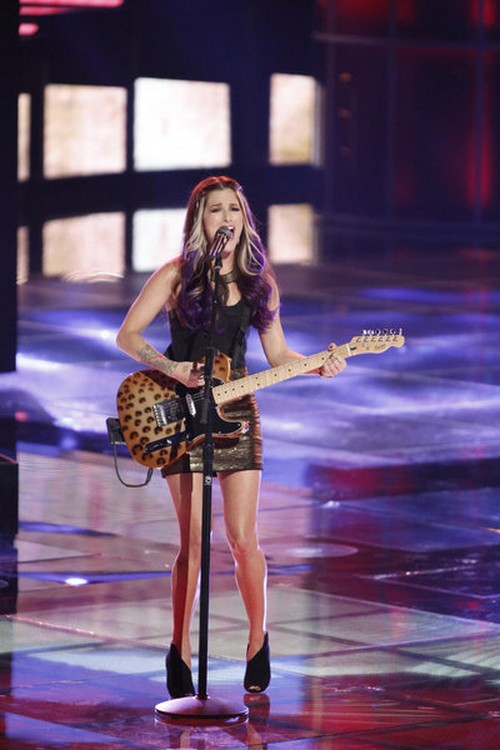 Cassadee Pope took the stage tonight on THE VOICE for his Top 10 video performance.  Cassadee sang “Over You” by Miranda Lambert.  Tonight’s show the top 10 perform live in front of coaches Christina Aguilera, Adam Levine, CeeLo Green and Blake Shelton for America’s vote and a chance to move on to the elite eight.  Did you miss tonight’s episode?  If you did we watched it and we recapped it here for you.

Judges Comments: Team Blake has Cassadee Pope performing Over You. This rendition was absolutely gorgeous. Blake is near tears watching her do his special song justice. Christina thanks Cassadee for the sincerity of the song. Cee Lo thought it was an amazing moment. Adam thinks that this kind of song suits her the best because it felt like such a good fit.

She is such a good singer and Blake was so touched because she sang one of his wife Miranda Lambert’s songs.  To vote for Cassadee Pope: 1-855-VOICE-09