CDL Exclusive Interview: Hardcore Pawn’s Les Gold Tells Us About The Tragedy That Made Him Fearless! 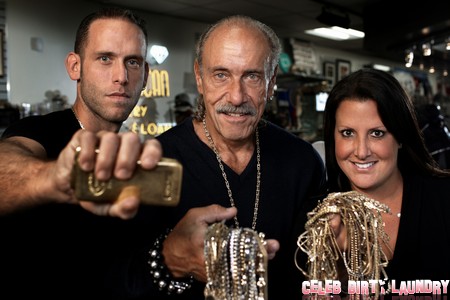 Les Gold has been a pawnbroker for over 40 years and has run American Jewelry and Loan in Detroit for thirty of those years. He and his children, Ashley and Seth, star in TruTv’s mega-hit show, Hardcore Pawn which documents the daily bit of crazy that strolls through his front door.  The show has quickly picked up momentum and last Tuesday over 2 million viewers tuned in to see the combo platter of cool items, hard luck stories and drama unleashed on Les and his employees.  Celeb Dirty Laundry was lucky enough to steal a few minutes of his time and here’s what Les wanted to share with all of you.

CDL:  How did you go from owning a huge pawn shop to being on a hit television show?  How did that transition happen?

Les Gold:  The producers had come in unexpectedly.  For some reason they were in Detroit and came into American Jewelry and Loan and saw a big long line of people and they saw me being the character that I am.  They happened to be there on a day that Seth and Ashley were not getting along- because we know those are few and far between (laughing).  They called Seth a month later and asked if we’d be interested in doing a TV show.  Seth being Mr. Conservative goes, “Heck no, we’re not doing a TV show.” Then he walks into my office because, ya know, I am still the owner, and says he just got pitched for a TV show.  I say, “Cool let’s do it.”  And we had a formal family negotiation because Ashley was also against it.  Four months later my wife and I proceeded to tell our children that we were doing the TV show.  They then decided that they better do it too so that they could “contain” me.  Obviously, you can see how much they contain me (laughing).  At the end of the day it’s very obvious who’s in charge, it’s Ashley of course (still laughing)!

CDL:  At the end of the craziest days, what are you thinking?  Do you leave laughing your head off or completely fried?

Les Gold:  I’ve been doing this a long time and I’ve seen and heard almost everything. It’s only in the most extreme situations that I’ll play it back.  Most of the time we kiss each other and go home.  If it’s a really wild day then we’ll talk at night but nothing surprises me.  Even if it’s the wildest thing that has ever happened to me I still try to relax on my drive home and my wife still has dinner for me.  I just chill out.  Of course you think about it, but because of the thousand stories I hear every day and what people hit me with, I move on.  Back in 1971 we got held up at my grandfather’s store and a Policeman got killed and another man got killed.  Fortunately none of us got hurt.

So if you want to talk about the craziest thing it was on December 31st at 12pm when we got held up.  Hopefully it never happens again.  There’s no question that it explains why I’m fearless. It’s something that just goes back to this and most people really just don’t know about it.  We talked about it very briefly in an earlier show but we never really went into how a policeman was killed right in front of me.  Life is very fragile but you cannot back down.  There will always be bad guys and good guys and hopefully must of the bad guys don’t succeed. 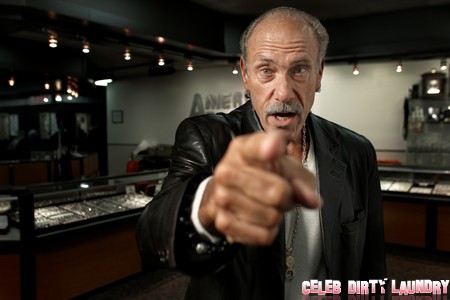 CDL: That’s obviously the worst thing that has happened, how about the best?

Les Gold:  No question, the best thing to happen is that I have my children working with me.  Even though I go through hell with them, it’s a wonderful experience.  I’ve built a pretty good store and a pretty good foundation for them and hopefully they’ll follow in my footsteps and keep it going for as long as they possibly can.  I’m very fortunate that my children love me and that they kiss me every morning- even when all hell breaks out and they want to kill each other.  It’s still one of those things where as a parent, I couldn’t be happier.

CDL:  Is Ashley and Seth’s relationship as rocky as it looks?

Les Gold:  (Laughing) Well, you’ve heard of Tsunami’s?  Eventually that big Tsunami wave calms down.  They’ve had their moments but at the end of the day they still love each other.  They’re still brother and sister no matter how bad a situation is and there have been times when it has been weeks or months that they haven’t spoken.  Right now it’s pretty good and they’re getting along, for this week at least!  I never plan on retiring. Never ever, it ain’t gonna happen!  I’ve been asked that for the last ten years and here’s what I really care about.  I absolutely love being a pawnbroker.  I absolutely love the thrill of walking through that door everyday. We get a thousand people through the door each day and do anywhere from 6-800 loans.  Another 3-400 come in to redeem merchandise. God has made me a very fortunate man.  I never know what kind of excitement is going to happen and that is what keeps me excited.  I wake up every morning wanting it just as bad at 62 years old, as I did at 30. I wish that feeling for everybody that gets up and goes to work each day.  Lots of people want it just for the next paycheck but I want it every single morning because it is still so exciting to me.  It’s all about the chase for me now. 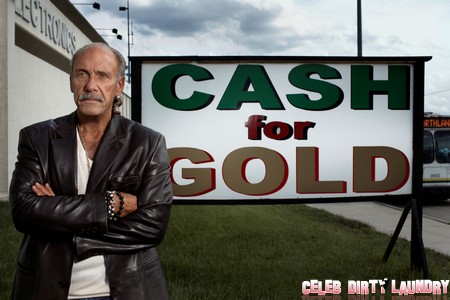 CDL: You’ve had some issues with two of your employee’s, Amy and Rich.  Both have been brought back to work for you, how’s it going with them?

Les Gold:  Amy had worked for me in the past and Seth thought that I had made a mistake by bringing her back but I know that I didn’t make a mistake and she’s doing wonderfully.   No matter what Seth thinks!  She left us about a year ago, I mean she left us high and dry.  She never even called to say that she quit, she just left.   Her uncle has worked for me for years and he asked me as a favor to him, if I’d bring her back and so I did.  She’s a benefit to the store now that she has gotten her life back together and I think she’s really going to be one of our great employees.  She’s really good and I move her from one department to another and she does well.  When I have her writing loans, she’s good.  Everyone is entitled to their mistakes. Everybody’s human.  Rich is actually running my Pontiac store and as the season progresses you’re going to see that some of the things that he does, well, I still think they’re inappropriate. We’re dealing with it. If he is the manager that I trained all of these years and he stays on the right path to keeping things together,  then he can do this job forever.

CDL:  What can we expect to see over the course of this season?

Les Gold:  There’s a lot of stuff coming up that I can’t tell you yet.  A lot is going to play a part in expanding American Jewelry and Hardcore Pawn which is great. There’s going to be stuff coming up this season with other employees that really freaked me out.  Thank goodness it’s not my children, I mean you’ll still see them arguing, but some of the things my employees do are absolutely mind-boggling.  I still can’t believe it myself.  I’ve had some issues with my security people and that is not where you want to have issues.  I promise when you see it you’ll go, “Oh my god.”  As long as I can keep you interested in the things that I do, the things that my children do and the things that our customers and employees do, you’re going to be glued to your set.  Within the next twenty shows you’re going to see things that you won’t believe could happen in a pawn shop- security camera footage and all. Every Tuesday I even watch the show.  My employees and I go to a restaurant and watch Hardcore Pawn every Tuesday. I live it every day but it’s still exciting to watch it onscreen.  It just doesn’t get old.

CDL:  What would you like to say to the 2 million people that just watched you last Tuesday night?

Les Gold:  Make sure that your family is the most important thing in your life and make sure that business comes second.  Family is first and the love that I have for my children and family, I wish for everyone.  People that see the show come in and are surprised to find that we are real.  They don’t expect us to speak to them!  This is my job and I’m the same each and every day.  If you’re generous enough to watch us on TV then the least I can do is pay people back with some kindness and gratitude.

Catch new episodes of Hardcore Pawn each Tuesday at 9pm EDT on TruTv!