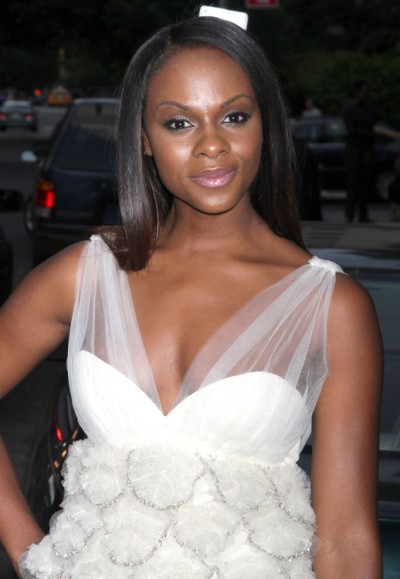 Up and coming actress Tika Sumpter has had her share of television success with parts on Gossip Girl and The Game, but this summer’s release of Sparkle is extra special for the Queens native who acted alongside Whitney Houston and is anxious for fans to witness the tragic icon’s final bow from the camera.

Sparkle is the remake of the 1976 film that was loosely based on the rise of the Supremes. In this version, the film takes place in Detroit at the height of the ’60s Motown era. Tika plays one of Houston’s three daughters, along with American Idol winner Jordin Sparks and Carmen Ejogo.

“We’re all playing her daughters and we’re just trying to come up and make it in the world,” Tika told CDL. “I can’t wait for people to see this film. It’s pretty amazing. It’s pretty fantastic.”

Houston’s shocking death occurred just two weeks after the film finished shooting and it will be dedicated in her memory. The tragedy and subsequent disturbing details relit the public’s interest in Houston’s dark struggles with substance abuse, but Tika is hopeful fans will watch the movie and remember Houston for her talents and not her demons. “She was so funny. People don’t know how funny she was and caring, motherly. She called us her babies,” she said. “One day I was in my own moment and just sitting there and she came up to me and grabbed my chin and said ‘I’m so proud of you’. And I was like ‘What? You’re Whitney Houston! I grew up listening to I Want to Dance with Somebody!’ You know what I mean?”

But Whitney’s influence on her younger co-stars didn’t stop there. When she wasn’t playing mother hen, she brought the group under her wing to blow off steam by initiating dancing and singing breaks. Tika says she’s ready for people to feel that ebullience and life through the screen. “I wish the world could see what we saw. It was a very special film and I’m super excited for you guys to see it.”

Are you looking forward to Sparkle? Will Houston’s death deter you from wanting to see it or are you eager to see her on film one last time?