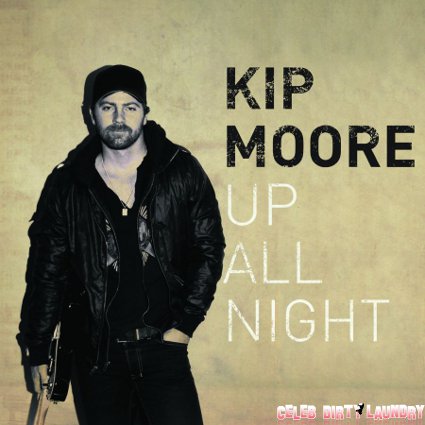 CDL had the pleasure of interviewing country music star Kip Moore, who is currently touring with Billy Currington and David Nail. Kip, who is obviously busy performing and spreading his love for country music, has just released a charming new album, which is of course filled with good ol’ country soul and a great sound that’ll bring pleasure to any country-music lover’s ears.

The album, which is titled “Up All Night,” draws inspiration from his life as a younger man; it also, he says, pays homage to his deep passion for old records and the sounds associated with them. There are many good things on this album, and I’d encourage everyone (especially if you’re a hardcore country fan) to take a listen to his music. Head on over to his iTunes page to check out more of the album; or, if you’d like a little taste of his music first, take a quick listen to “Somethin’ ‘Bout a Truck” below:

So, without further ado, let’s have you meet Mr. Kip Moore! Our questions are in bold followed by Kip’s answers.

1. Can you tell us a little more about your debut album “Up All Night”?  From where did you draw inspiration for the album?

I drew my inspiration from life experiences and listening to a lot of records. I think it was a combination of those two things — you know all the records I grew up on, and grew up loving. I think also trying to figure out why I loved those records so much and then intertwining that with my own life experiences — my own style of writing. I’ve lived life hard. I’ve lived really hard up until now. And I think I have a lot of things to say about this short journey I’ve been on.

2. How’s the tour going with Billy Currington and David Nail?

It’s been rowdy; it’s been packed. They’ve all been sold out shows. There’s been a lot of good lil’ pranks going on behind the scenes. I’ve had a blast. I’ve only been on 3 or 4 shows, but I can’t wait to jump back out there this weekend!

4. Your music has been garnering a lot of attention recently. Your single, “Somethin’ About a Truck” [above] is a top song on the charts and some are even saying that you are “the south’s answer to Bruce Springsteen.” How have you reacted to these amazing accomplishments and praises?

5. What does your family think about their lil’ Kip being a big country music star?

You know, to be honest . . . I think it’s just now hitting them that anything is even happening. I’m very quiet about what I do, always have been. For a long time they didn’t even know I played guitar or wrote.  I was always one of those people who were like, “if I’m good enough, and this stuff’s good enough, it will eventually speak for itself.” I’ve always been the worst self promoter. They’re just now wrapping their head around it. Hearing the single on the radio and seeing the video on TV . . . they’re shocked, to be completely honest.

6. I saw somewhere that you grew up in Tifton, Georgia and later, after you finished up with college, moved to Hawaii where you indulged in some surfing and other things. Tell us a little about that. Has that period in your life inspired your music at all? Did being there, away from the hustle and bustle of the states, provide you with valuable time to reflect on your music and goals as an artist?

I think it has completely inspired it. If you don’t live life then you don’t have anything to write about, you’re just makin’ stuff up. I think that all the detours and disappointments — places I didn’t expect myself to be — has given me things to write about. So, yes, 100% . . . it’s all been a help in my writing style.

7. If you could look into a mirror and see your future self, what kind of person would you hope to see? Where do you hope to be 1, 2, or 3 years down the road?

I hope I still see someone who is as driven as I am now. I hope to see the same fire in my eyes and hope my soul is still alive.

8. What is the biggest thing you hope people take away from your music?

I hope that it moves them. I hope that my records move people like the great records that moved me.

2. What’s the one thing people might not realize about you upon first meeting you?

OMG we love trying to set people up — especially celebs. However, I’m pretty sure that Ms. Vergara has a boyfriend already. Sorry, Mr. Moore :(

Not at the moment I don’t, my significant other is my music

Oh . . . I forgot to give you the disclaimer I usually give to all my wonderful interviewees/celebs: I don’t like careers being used as “significant others,” simply because I feel as if valuable romantic information is being withheld from me. However, good on you for being so driven with your art. I’ll let it slide this time :)

We’d like to thank Kip so much for stopping by CDL. We hope you enjoyed chatting with him! Make sure to give him some internet love and hop on over to his website or sign up for his e-mail newsletters!