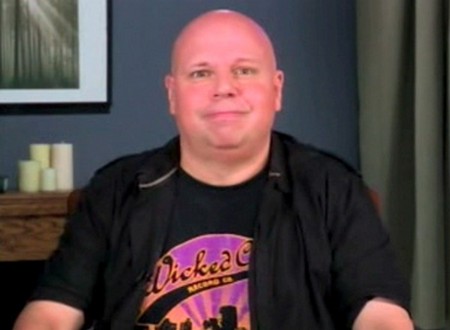 Celeb Dirty laundry‘s very own “Mr. Hollywood” Shannon Rose talks with MTV2’s “The Rock and Roll Encyclopedia” Matt Pinfield about the music industry and how technology has transformed this field of art.

Matt Pinfield is at the forefront of rock music authorities today. Always considered a flavor-maker by music industry heavyweights and rock stars alike, Matt is recognized as “The Rock and Roll Encyclopedia.” Matt started as a radio DJ at New Jersey’s commercial rock station WHTG. He soon moved to television as a host on MTV shows. Shortly thereafter, Matt’s musical taste and uncanny knowledge helped him acquire the title Director of Music Programming for the network. He was host of dozens of popular music shows such as, MTV’s “120 Minutes,” VH1’s “Top 20 Countdown,” HDnet’s “Soundoff With Matt Pinfield,” “Mattrock,” “Pinfield Suite,” “Pinfield Presents,” “Rocks Off,” “Say What,” “MTV Live,” and more than 100 MTV specials.

Matt later became VP of A&R and Artist Development at Columbia Records, where he developed Coheed & Cambria and Crossfade, whose records were certified Gold and Platinum respectively. He made his return to radio in 2008 as the morning drive DJ on New York station WRXP’s Rock Show. In 2011 Matt made his return to MTV as host on “120 Minutes,” where he remains one of the most highly regarded personalities in the music and entertainment industry.

Matt discusses with Shannon how technology has transformed the world of music from music videos to MP3 downloads. How technology has made opportunities for musicians more abundant than before and how social networks have been a positive platform to expose musical talent. He also touches on “American Idol” and “The Voice” and how that’s launched the careers of many top artists America loves.