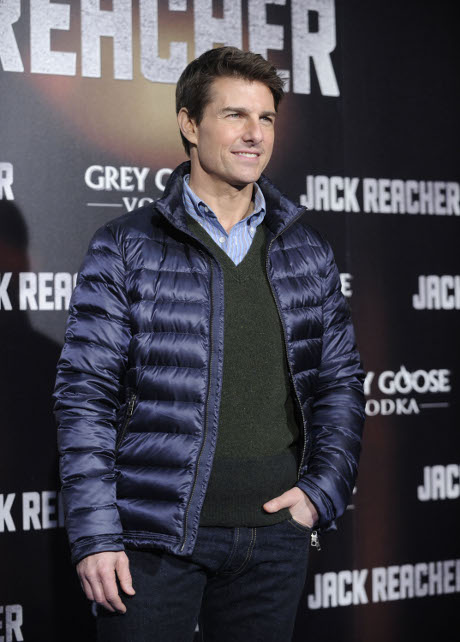 This holiday weekend the fam and I went to the movies to see Jack Reacher.  If we are gauging this by stars I would say it was a 4 out 5.  Now, my father Richard, an avid reader of Mr. Reacher’s crime capers, would argue that the book was better (I’m pretty sure he’s right), but the movie did have its high points.

Jack Reacher stars Tom Cruise in this action packed movie about a former MP (military policeman) who comes out of “retirement” and ends up solving a multi-homicide case.  Jack is a virtual ghost.  He can’t be found.  He finds you.

The movie starts out with a sniper setting up and then “picking off” people at random.  We see the shooter from start to finish, carefully perfecting each detail.  We see his targets and then he shoots.  Next thing we know, the cops are on the scene looking for fingerprints.  They find several clean ones and then they find their shooter.  Of course we can see that the shooter are not the same person.

Things remain interesting throughout the movie.  Jack Reacher has got several one liners.  At times they come off a little corny, but for the most part, Tom’s timing is on point.  There aren’t too many A-list actors in this one, aside from Robert Duvall, but who cares.  Tom Cruise’s acting is impeccable and he pretty much carries the movie on his own.  The action in this movie is just enough to keep you watching, but not too much to seem over the top.

Aside from the Katie Holmes and Scientology drama, I think Tom Cruise is a great actor.  I believed he was tall in Knight and Day with Cameron Diaz. I believed he was straight in Risky Business.  (Oh, calm down.  I’m only kidding.)  I even believed he was a bad ass secret agent in the Mission Impossible franchise.  I have found that when it comes to Tom Cruise, you either love him or hate him.  It’s never anywhere in the middle.

So, my final review is that Jack Reacher was awesome.  There are more books in his story and I hope that equals more movies similar to the Jack Ryan series.  Of course, I’d prefer if they kept the same actor as the lead.