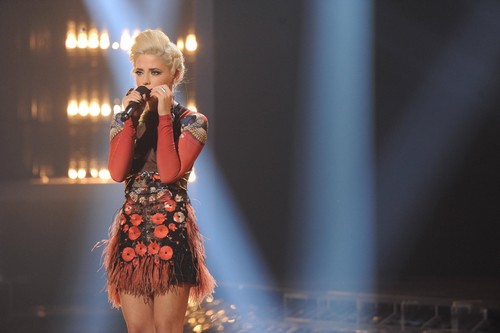 Judges’ Comments: LA Reid thinks she is a fighter.  He tells her he hates what he has to say, but he actually enjoyed her circus.  Britney feels like it was a tough week and she stepped it up.  Simon thinks that no one can say she is not a trier.  After that performance there was way too much going on and way too distracting.  His advice is she should pack a suitcase.  Demi thinks she can out swinging and is so proud of her.

It looks like CeCe is going to need your help this week, so if you want CeCe to stick around another week VOTE – Vote for CeCe Frey at – 1-855-THE-XF-07