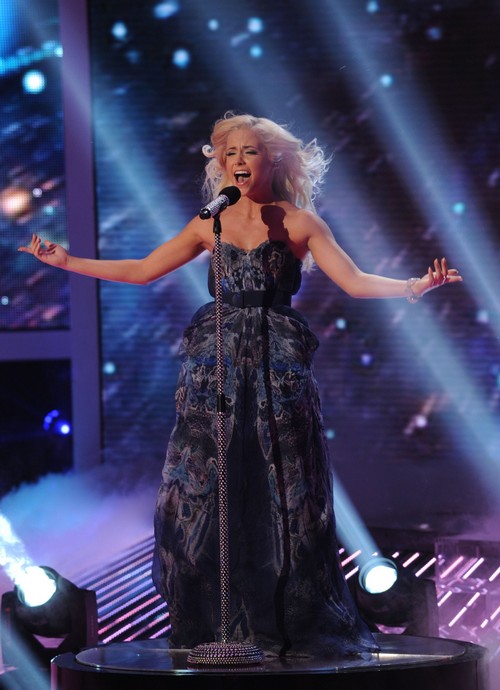 Cece Frey  took the stage tonight on THE X FACTOR USA for his Top 10 video performance.  Cece Frey sang “Wind Beneath My Wings” by Bette Midler.  Tonight’s show the top 10 performed live in front of coaches Simon Cowell, Britney Spears, Demi Lovato and AJ Reid for America’s vote and to make it another week.

Judges’ Comments:  CeCe Frey is thankful for her sister Kelsey, who died of cerebral palsy when CeCe was just a baby.  She says she still feels her sister with her and sings Wind Beneath My Wings in her honor. Here’s my issue, she really hits the huge notes but all of the in between stuff is just okay. “LA says the emotion was there to push her performance. Britney thought she was amazing.  Simon calls her a try er and he hopes that she sticks around.  Maybe I’m a b*tch but I suspect she’ll get the sympathy vote.”

One of my favorite songs – she sang it for her sister who passed away.  The judges loved it, so it should be enough to keep her around another week –  Vote for CeCe Frey: 1-855-THE-XF-05