Celebrity Apprentice 2012 Episode 13 ‘And Then There Were Two’ SPOILER 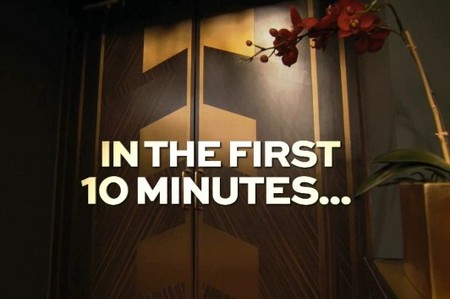 In the first ten minutes of tonight’s show, we will see another celebrity FIRED by Donald Trump. My sources tell me that Aubrey O’Day will be the one that gets fired and I personally can’t wait for the bitch to be fired.

Clay Aiken and Arsenio Hall will be the final two and rumour has it that Clay Aiken is going to finally get his “reality” tv win. The final challenge has the two celebs pinning against each other on a “big show” and there will be a fundraising component. Clay’s event will benefit the National Inclusion Project and will have Dee Snider, Penn Gillette, Aubrey O’Day and Debbie Gibson helping him win his “crown”. Clay is apparently loved by everyone in this final “family friendly” task by teammates and fans alike.

Poor Arsenio Hall, some of the help he gets is from Lisa Lampanelli who will donate $10,000 to Clay for his event even though she is on team Arsenio, whose event is racier and doesn’t quite hit the mark.

Now if you watch the preview below, it would appear that Clay gets fired because he is on Donald’s right and when he says “You’re Fired”, he looks to his right. Then he looks to his left where Aubrey and Arsenio are sitting and says, “You guys are the final two”. Could this be possible? Hell no, there is no way that Clay would be sent home first, I think the video preview is meant to confuse us.

Really, there is only one way to find who goes home first – come back tomorrow night when we will be live blogging the show and revealing the “loser” and the final two, the moment it is announced.