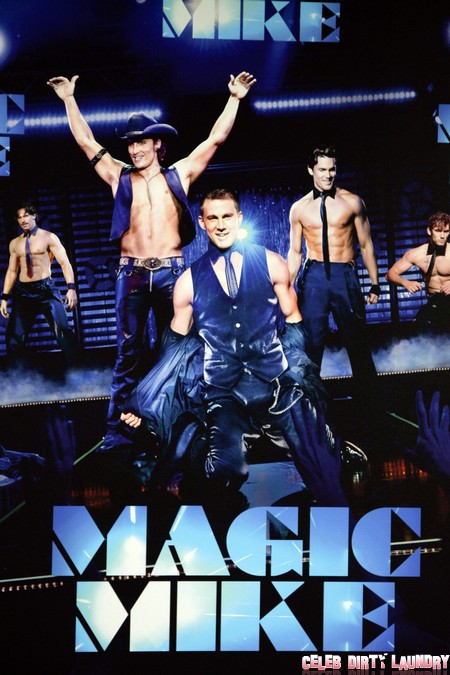 The recently voted Sexiest Man Alive, Mr. Channing Tatum, has now officially entered the race to the film version of Fifty Shades of Grey. According to latest reports, the chiseled and welcoming face of Channing Tatum is looking more and more like the leading contender to play the lusty Christian Grey. Let’s kick up some fun film dust, shall we?

So far, Ian Somerhalder has been touted as the lead in the much anticipated film version. Several other names, including Alexander Skarsgard, Ryan Gosling, Matthew Bomer, and Zac Efron have been dropped as possible contenders for the role. Tatum’s inclusion in this list comes as a bit of a surprise, seeing that the actor comes hot off the heels of the magnificent Magic Mike. Whilst we do agree that the role of Christian Grey would suit Tatum’s soaring popularity, we doubt the actor would be able to be as convincing as his peers. He is not a poor actor, at all, but he comes across much lighter and gentler than someone like Somerhalder and/or Skarsgard – Christian Grey doesn’t do light and fluffy, he does hard and dominating. Tatum has also officially revealed that he would only play Christian Grey if his wife, Jenna Dewan-Tatum, were to be cast as Anastasia Steele.

During a recent interview, the X-Factor UK’s first winning group, Little Mix, revealed that all four of them would want to see Channing Tatum as the face of Fifty Shades. (Un)fortunately, Little Mix won’t really have any type of impact on the casting process, nor would their vote for Tatum actually be taken into consideration.

Time is quickly running out for the casting of the film, as many film buffs have already speculated that the Fifty Shades film will receive a late US summer 2013 release in order to maximize box office sales and potential. That gives executive producers about nine months to cast, plan, and shoot the entire first film.  Or, if they’re planning to head for Oscar glory, an early US winter 2013 release could also bode well for the film.

Do you want to see Channing Tatum as Christian Grey? Do you think he would do well in the titular role? Let us know your thoughts in the comments below.