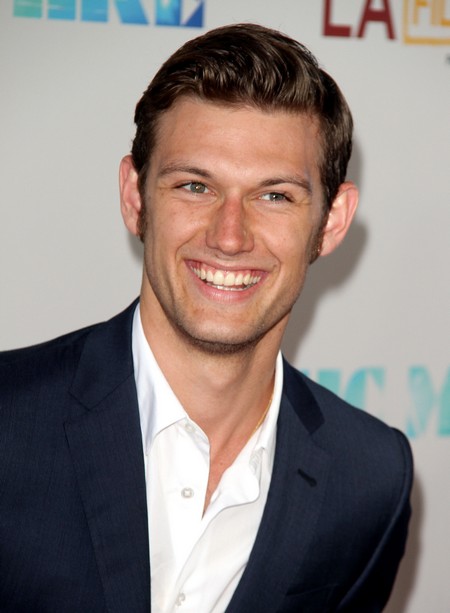 Channing Tatum got his stripper on in Magic Mike, but it seems that the ex-male model and stripper-turned-movie star, does not mince his words when it comes to his co-star, Alex Pettyfer. Why would anyone assume that Alex Pettyfer is a cool guy? Yes, he might have the looks to bring down entire governments, but fame has crept into his mousse styled blonde head quicker than an Ebola virus.

Channing Tatum doesn’t like him. In fact, he absolutely hates him. A source from Us Weekly, print edition, July 16, 2012 tells Hot Stuff, “He hates Alex. They had massive fights on set. Alex was a jerk to everyone during filming for no reason. He thinks he’s the star of the movie, not Channing or Matthew McConaughey.” Matthew is also known to film audiences as Matthew McWhatevs as heaven only knows how to spell that last name!

We take this quote to heart as we’ve all seen the way Alex treated Glee star Dianna Agron, sending her running to the hills. He was reportedly “being a controlling little bitch and checked Diana’s phone to see who messaged her”. Alex also has a tattoo just above his nether regions which reads, “Thank you”. He was quoted as saying, “[The tattoo] is there in case I forgot to say it”.

This makes us believe that Alex Pettyfer is like the cool kid in school, who everyone wants to date, but he punches little kids in their throats for lunch money when no-one is looking.

Channing Tatum was a co-producer for the stripper film and he retaliated against Alex’s ego by cutting a Pettyfer scene. We’re not too sure if we believe this, but allegedly Alex “went on a rampage about it”. Channing and Alex arrived at the L.A. premiere on June 25th, being very cool with one another. They posed on opposite ends of the cast line and barely interacted.

The source adds, “Channing refuses to do appearances alone with Alex – and he’ll never work with him again.”  Alex Pettyfer needs to shut up and realize where he lies in the Hollywood pecking order. From us to you, Alex, you’re not Tom Hanks yet, so keep your lips sealed!

What do you think readers? Is Alex to blame for all of the trouble? Is he really a bit of a bitch? Let us know if you disagree (or agree) in the comments below.