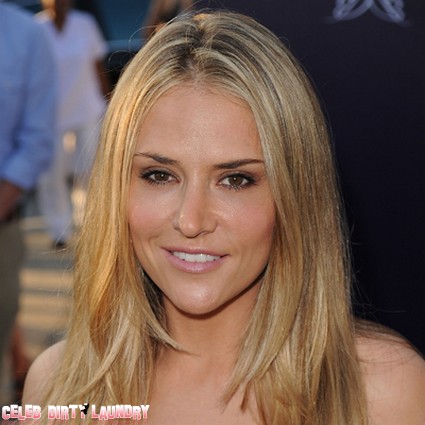 Brooke Mueller must have a fairy godmother who works for the justice system because her latest run in with the law should see her go to jail…but she’s going to get out of December’s drug bust without a trip to prison. You could say Charlie Sheen‘s ex wife is winning!

According to TMZ the mother of two will not spend time behind bars for cocaine possession and intent to distribute. Her lawyers are thrashing out a plea bargain which will see Brooke doing community service and taking drug ed courses (just like Lindsay Lohan) instead of heading to her local lock up. And if she can manage to stay out of trouble this time and do as she’s told the charges against her will be formally dismissed.

The former Mrs Sheen was arrested on December 2nd and charged with a string of drug offences and misdemeanor assault. She was facing a lengthy jail sentence because she’s become well known to the Authorities in recent years. She’s also been in and out of rehab more times than Charlie’s badmouthed his former bosses at Two And A Half Men. Celeb Dirty Laundry has been following her exploits here Brooke Mueller In Rehab…but she has managed to go down that old plea bargain route with success.

Her next appearance in Court is scheduled for April 2nd. The original hearing in March has been put back. That’s when she’s expected to put her plea bargain into action and avoid a trip to the slammer.