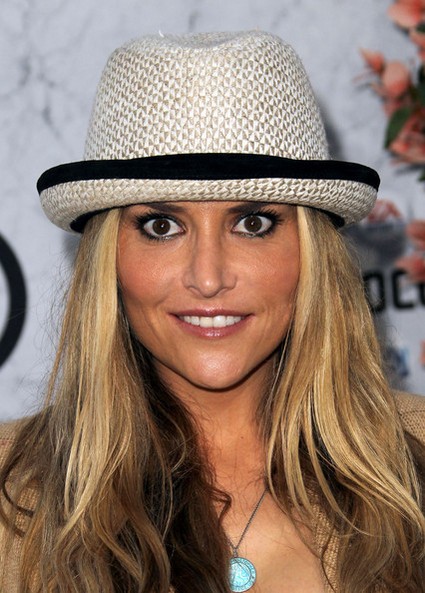 Brooke Mueller is supposedly “doing very well” in rehab – but of course all that matters is what the junkie does when she finishes rehab. Mueller has been in rehab more times that Charlie Sheen slept with ‘goddesses’ during his extended crack binge last year.  So far Mueller has shown zero ability or interest to control her cravings for drugs. The only reason she is doing rehab now is to present a better picture to the court as her lawyers attempt to postpone her appearance for cocaine and assault charges and eventually make a plea bargain for her. In fact Mueller tried to avoid serious inpatient rehab, using her children as an excuse, and she is doing what is in essence a fluff outpatient program allowing her to go home each night.

Mueller has two-year-old twin sons Bob and Max with ex-husband Charlie Sheen – checked into a rehab centre in December following her arrest for assault and cocaine possession and is said to be responding “positively” for treatment for drug and alcohol addiction.

An insider said: “Brooke is doing very well in rehab, this is the first time she has been in a residential treatment program, and it’s been a very positive experience for her so far.” But Mueller is not really doing a residential program as she goes home each night supposedly to be with her kids.  Brooke will be at the facility for approximately 35-45 days in total.”

Lawyers are now hoping to postpone her upcoming court date later this month – which relates to the cocaine and assault charges – until she has completed her stint in rehab.

RadarOnline’s source says: “Brooke’s lawyer will likely ask for the arraignment to be taken off calendar because she is still in rehab. Her lawyer would like for Brooke to be out of rehab when she next has to appear on court, so the District Attorney and the judge has a full report on her recovery. The fact that Brooke went to rehab on her own, and took responsibility for her actions will show the court that she is taking this very seriously, and she is hopeful that a plea bargain will be made.”

Let’s see if Mueller stays clean once her high-priced lawyers get her some typical celebrity justice and she escapes responsibility for her actions… again.