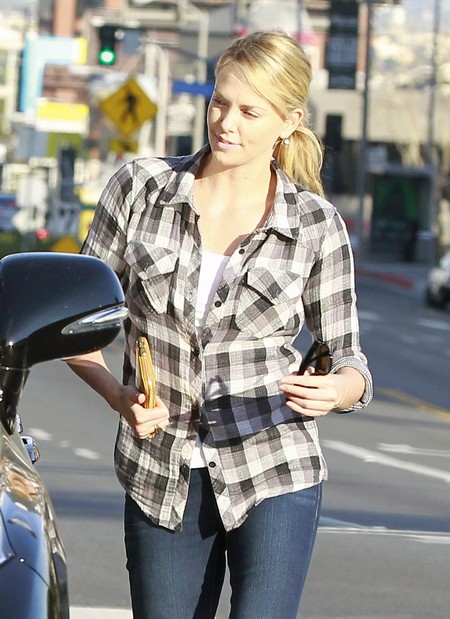 Someone get Angelina Jolie on the phone. Charlize Theoron has just joined the growing list of successful A-list women who have adopted babies! The 36-year-old actress, who won an Oscar for her portrayal of Aileen Wuornos in 2003’s Monster, announced the baby news via a statement to the Associate Press today. Reps state that Theron is “proud mom of a healthy baby boy named Jackson.”

While the statuesque beauty is South African born, her reps have yet to release details on where baby Jackson was born and we have yet to see any pictures of the happy pair.

Theron—who has recently been linked to True Blood actor Alexander Skarsgard—split from boyfriend of nine years, Stuart Townsend, in January of 2010, but told In Touch Germany that the breakup hadn’t destroyed the baby hopes, “I want a baby. If it would happen tomorrow I would still be very happy about it.” When asked her about raising a child as a single mom the star added, “Why not? I’m open to everything in life.”

According to the Daily Mail, Theron has always been an advocate for adoption, and was once quoted as saying: “There are so many unwanted children on this earth and it’s our job to care for them. And if we don’t we’re doing the world a disservice.”

The “Snow White and The Huntsmen” actress, who is the former face of Dior, certainly has enough resources at her disposal to give this child a wonderful life. Plus, they say babies love symmetrical faces, so I’m thinking this kid is going to be over the moon with his new mom.