Charlize Theron Has No Boobs And No Front Teeth 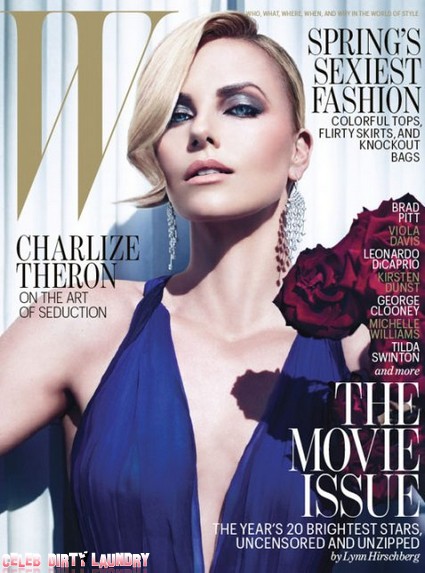 Charlize Theron complains that she is almost boobless and needs to wear “chicken fillets” to increase her bust size.  By “chicken fillets” Charlize refers to gel caps used to enhance the appearance of the bust of flat-chested women. The celeb claims that although they are the “most bizarre, un-sexy thing there is,” she feels that she is forced to wear them when she attends major events.

Charlize said: “I wear those! If you don’t have boobs, you wear those cutlets. I heard a story of a girl who was on a date, started making out, and thought, ‘Oh, he’s going to touch the cutlets!  It’s just the most bizarre, unsexy thing there is.”

Charlize grew up in South Africa and faced another problem as child. She explained she didn’t have any front teeth until the age of eight due to antibiotics that apparently rotted her teeth.

Charlize said in an interview with W magazine: “For the first eight years of my life, I didn’t have front teeth.  I was pretty sick as an infant, and antibiotics rotted them. But then I started to take dance class, and I eventually got some teeth.”

So Charlize has teeth now, good. And with the help of “chicken fillets” she also has a bust.