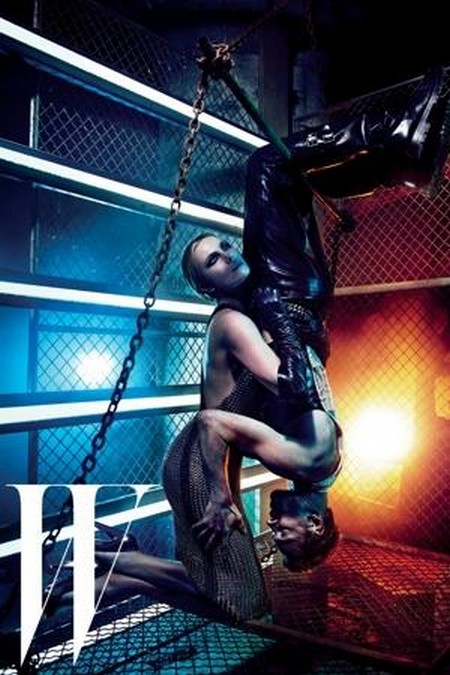 Is it possible that Charlize Theron and Michael Fassbender can put Christian and Anastasia of 50 Shades of Grey fame to shame? Judging by these new recently released pics, I think this might be the case.

The Prometheus stars will appear in the august issue of W Magazine, and the two co-stars are far from shy with one another.  Famed photographer Mario Sorrenti shot the pair, who wore sexy leather numbers and posed in various S&M related ‘positions’.

In one shot, Fassbender is hanging upside down in leather pants and holding on to Theron who is face-on towards his you-know-what.  Very, very provocative!  In yet another image, Charlize appears to be barely there in a tight leather body suit (and by body suit I mean a lingerie-esque tiny onesie) and Michael is topless, arms up, while Charlize is about to do something nasty.

When Charlize was asked what she preferred, filming a sex scene versus a death scene, she replied: