Chaz Bono Furious As Cher Outs Him On Broadway 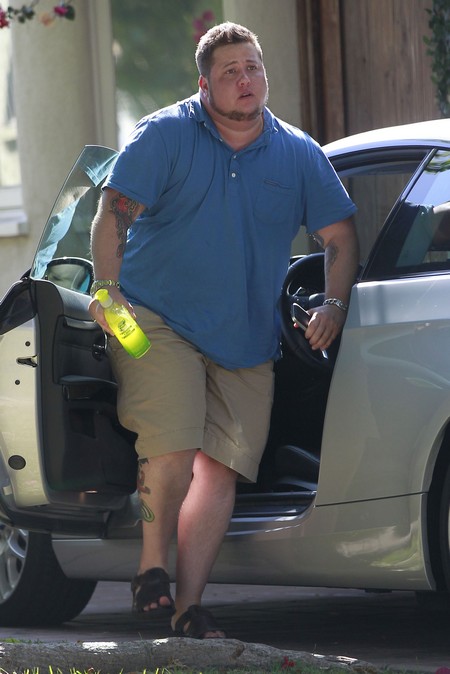 Chaz Bono‘s struggles with gender reassignment surgery, hormone therapy and his internal demons have been laid bare to the public, like a broken bone sticking from an arm. He has experienced familial issues with his mother Cher, but it hasn’t held him back from becoming the man that he has always dreamt of becoming.

Cher is doing an upcoming Broadway musical based on her life and Chaz is furious with her. According to the National Enquirer, Chaz raged at his mother and said, “Leave me out of your f#@$%&* circus!”

An insider, close to the situation, told The Enquirer, “The script now has many references to Chaz, ranging from Cher’s acceptance of her daughter coming out as a lesbian, and her shocking gender transformation. While Cher doesn’t want to put their rocky relationship at risk, she’s explained to Chaz that there’s just no way she can do a show about her life if he’s left out completely.”

After having watched Chaz Bono’s documentary on his transgender struggles, the world saw a different side of Cher. One would assume that Cher is accepting of her son’s decisions, but Cher was anything but… Her support of Chaz has been polarizing at best. Her acceptance levels have ranged from being fully embracing of her son, to being less than accepting of his gender reassignment surgery.

Yes, it must be extremely hard for Cher to accept it all, but doing a Broadway musical about her life and including Chaz is taking it a tad bit too far. Allegedly, Chaz refused to talk about the script at first, but Cher persuaded him to take a meeting on the project. He now has full input and approval on story lines about his life.

Chaz is pissed off with his Mom, Cher.  Broadway is not where Chaz wants his dirty laundry hung out for all the world to see.