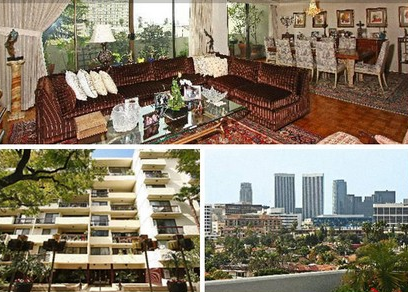 From the Hollywood Hills to Beverly Hills. Former Reality TV star Lauren Conrad is moving up in the World. She’s just forked out $1.35 million for a luxurious condo with a 90210 zip code.

According to TMZ...The former Hills star has just added a penthouse condo covering a massive 3,200 ft to her property portfolio. What do you get for that kind of money? 3 bedrooms, 4 baths and the use of an exclusive rooftop pool and outdoor deck. There’s also a full gym, indoor bar, marble bath and hardwood floors. And a super duper 24 hour security system. Let’s just say it’s a bit nicer than than the digs she used to share with Heidi Montag and Audrina Patridge on the reality TV show. This is more Brody Jenner style.

On top of the $1.35 million price tag LC also has to shell out $2319 in homeowners fees too. But what’s that after the million dollar plus cost? Moving into this swanky neighbourhood has its perks but it also has a price. But the 26-year old is doing very well post TV so why not spoil yourself…. she’s a fashion designer and budding author.

Miss Conrad is also quite the businesswoman. This isn’t her only pad. She also has a second house in Malibu thankyou very much. So when the beautiful people and hustle and bustle of Beverly Hills becomes all too much she can head down to the water and relax. She’s not just a pretty face  she’s a businesswoman as well.