Chelsea Handler Breaks Up With Her One True Love, Booze 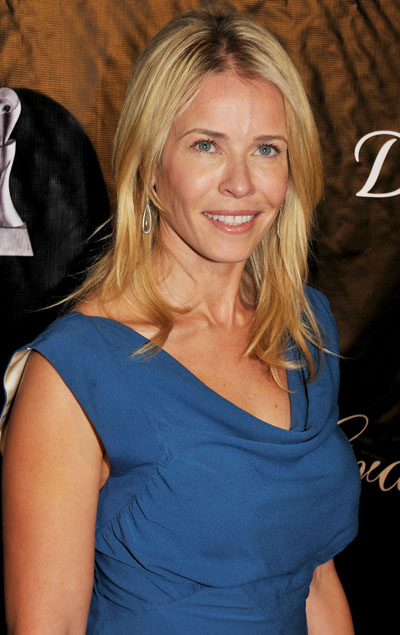 Chelsea Handler‘s love affair with alcohol is well documented. The amount of drinking-related jokes on her E! show, Chelsea Lately, is only rivaled by the number of jokes about her love of black men (including ex-boyfriend Mr. 50 Cent), and she even wrote a book called, Are You There Vodka? It’s Me, Chelsea that was published back in 2008.

So, it’s surprising that the comedian and actress recently told US Magazine that she is on a break from booze.

“Vodka is a part of my life. Absolutely. Tequila or vodka, depending on the day you get me,” she said. “But to function as I do, I can’t be a mess.“

Although she once spent a night in jail after being arrested for a DUI when she was just 21, these days the 36-year-old not only stars and produces her talk show but also has a sitcom based on her life debuting soon on NBC.

Entitled Are You There, Chelsea?, the sitcom is based on Chelsea’s similarly name book and stars Laura Prepon as the title character. And while there’s no word on how much the comedian has made selling the rights to her book (and, not to mention, her guest appearances as the character Sloane, the fictional Chelsea’s “super-preachy Christian sister”) we’re guessing that Chelsea’s boozy past is now making her serious money!