Chinese Actress Will Sue Over Sex For Money Allegations 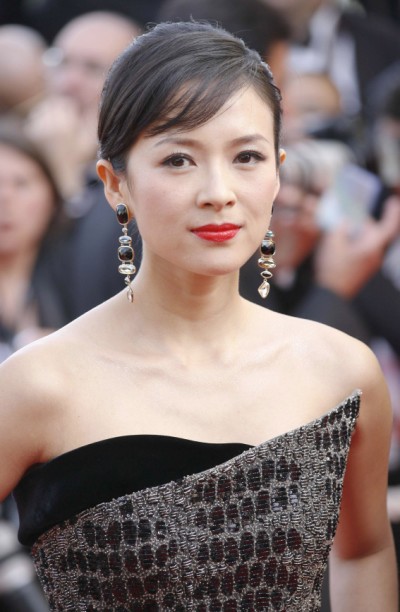 After news struck yesterday that Chinese actress Zhang Ziyi made most of her money in the bedroom, the Crouching Tiger Hidden Dragon actress came out and said she would not take the allegations lying down. She plans to sue over the information released that she had sex with high-powered Chinese businessmen for over $100 million.

“This piece of news is a complete lie.” The UK Telegraph reported. “Both within the article and between the lines there were contemptuous lies. I met my lawyers in Hong Kong and clearly expressed my position. Whatever the cost, I will seek legal recourse and pursue this matter to the very end. These (reports) have not only hurt me, but maligned the film industry. And worse of all, they [some media outlets] made use of such hot topics to fool the public.”

Ziyi’s people acted quickly yesterday when the news spread like wildfire. Her attorney sent a message to a Hong Kong newspaper stating, “Your allegations concerning our client are completely untrue and constitute a grave libel upon her. In consequence of the publication of these statements, our client’s reputation has been seriously damaged, and she has suffered considerable distress and embarrassment.”

And her publicist issued a similar comment that the rumors “sent stone-cold chills down our spines and has left us with a feeling of deep sadness”.

The Telegraph says Ziyi is being held in China under investigation and couldn’t attend the Cannes Film Festival though the actress insists she was doing reshoots on a current project instead.

Laineygossip.com had an interesting take on this story yesterday. Having lived for a time in Hong Kong she has a pretty good idea of how the Chinese entertainment world works and she said Ziyi wouldn’t have had much of a choice if these millionaire businessmen wanted her as a high-class prostitute. Entertainers in Communist China aren’t the God-like figures they are in America.

Ziyi’s obviously denying it, but the early, easy story of her flashing her greedy crotch all over China because she wanted to make more money isn’t as simple anymore. This story isn’t just about sex and money; it’s about shady politicians, ancient eastern ideologies, mob ties and shaky international relations. It’s easy to call a girl a whore. But I’m glad Ziyi isn’t just taking the new role willingly. Whether it’s true or not, I hope she continues to fight it because all these corrupt billionaires are doing is throwing her under the bus to get the media off of them. And my fourth grade teacher taught me never to point the finger because that means three more of them are pointing back at me. Let’s see how this plays out.