Chris Brown Battles Rihanna To Get Her Back In The Sack 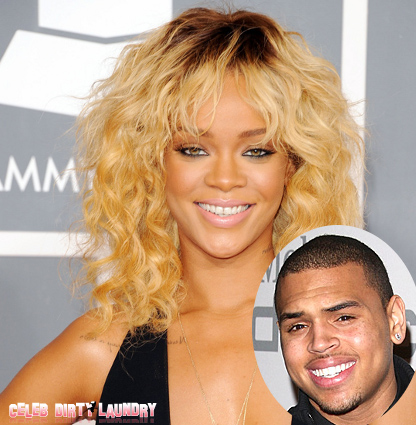 Rihanna and Chris Brown are both full of wacky tabacky and can’t keep off each other.  KittyKats one and all – I have been watching and paying attention to the scene for years.   You need to know that I am in no way, shape or form condoning violence against women – and let’s just get that straight before I even get going. That being said I’m going to talk a little about Rihanna and Chris Brown.

That fight they had back in 2009 got way out of control – Chris definitely should not have hit her at all – let alone so severely.  Look I grew up in NYC see, I’ve seen it all, clothes cut up and thrown out the window, cars being keyed, tires slashed and bricks being thrown thru windshields by couples fighting. I always thought there was more to their story when Rihanna showed up with Chris Brown for his first appearance in court sitting on his lap. That was all just a little strange.

Then Rihanna did her big round of talk shows and I am glad she did because it put a light on boyfriend/girlfriend abusive relationships. Not to mention that her record sales went through the roof.  Meanwhile Chris Brown laid low and made a couple of movies – then came out with some records of his own. They are both in a good place now and about to hook back up – if they haven’t already!

So what’s with the back tracking, because they are a gasoline and fire couple. His temper is bad and RiRi’s temper is not so good either, (she is no shrinking violet).   Besides that they are a hot sexual couple (too bad for both of them for that).  They’ve been fooling around and trying to hide it, (not so much).

Chris Brown goes to Rihanna’s Birthday party and does try hide that they are together (by sticking practically next to her the whole night, sure you’re not being obvious, you blend). Then he wants people to sign a form not to disclose information regarding him at the party, he doesn‘t want his girlfriend Tran to find out about him, (OK Chris we won’t say a word, but what about the press), can this get more ridiculous, yes.

RELATED: Rihanna Is Naked And Talking About Chris Brown (PHOTO)

Then here goes Rihanna catching a jealous hissy fit over his girlfriend Tran and just basically acting a fool. Rihanna get a clue honey he can’t officially be with you because he is on a little thing called “probation”, for aggravated assault against “you”. He is not supposed to anywhere near you.  They both need anger management, but separately.  Please someone pass me a Tylenol because I am done!

What do chickadoodles think?  Is Rihanna crazy to get back with Chris or is Rihanna just CRAZY?  Let us know is the comments below.