Chris Brown Tries To Sing Rihanna Back To Bed 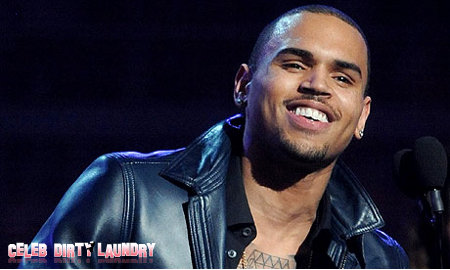 Chris Brown is widely known for violently attacking Rihanna, and now it seems he is using his music to ask her for forgiveness! The controversial singer released his new song, Off That Liquor, and now the internet is burning with rumors that Chris is actually asking Ri-Ri for forgive-forgive.

The lyrics in the single contain the following lines, “Them other girls ain’t got nothing on ya. Patron mixed with … that’s your recipe.” Ri-Ri is a very well known fan of Patron tequila.

Brown continues in the song, “Come, if it’s loving that you need, from me!” which almost exactly mirrors Rihanna’s lyrics in her 2005 hit, If It’s Lovin That You Want.

Chris Brown was in the news recently for reasons outside of his control, which seems to be a first in this singer’s career. His fans recently went a tad bit cray-cray on Victoria’s Secret Model, Chrissy Teigen, after she tweeted about Chris Brown’s performance at the Billboard Music Awards, “Why sing when you can dance?”

Fans, who also said that Chris Brown can beat them up any day, tweeted some pretty vile tweets, too explicit to share. Team Breezy, as the thugs fans are better known as, also bitched about Pink’s tweets about Brown’s lip synching at the awards ceremony.  Pink is no secondhand bitch, as she fired back, again and again, lambasting the insane group of fans.

The lyrics in the song continue with, “Whenever you’re ready/I’mma give you my heart” referring to him wanting Rihanna in his room and going all Jessica Simpson on her. Is this song a direct shot at Ri-Ri? Or is no-one able to comprehend the artistic subtlety of Brown’s “art” (please read sarcasm)?

His career is fuelled by mad fans, lip synching, and auto-tuned songs. He is the bad boy of the music industry, overtaking some of the most die-hard rappers. Yes, many argue that he has paid his debt after busting up Ri-Ri, but surely Chris Brown and Team Breezy (they’re anything BUT breezy) know when to give it a rest? Chill out, Chris. Please.