Chris Brown: Trouble Child Back In The Heat 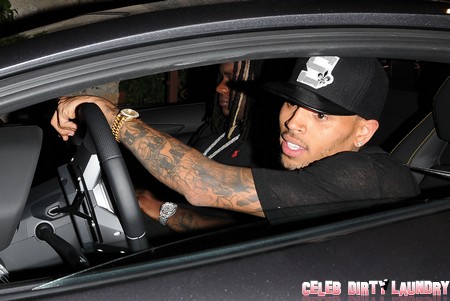 Our Trouble Child!  Here we go again with our favorite troubled child Chris Brown.  Chris was in court this week for his progress hearing on his probation for beating Rihanna in 2009.  Chris Brown apparently thought he was making a promotional appearance because he raised his hand and said, “Hello.”  Chris’s lawyer, Mark Geragos, did not think this was amusing because he turned to Chris and said, “Don’t talk, I don’t dance, you don’t talk.” Chris listened and was quiet.

Chicas I mean doesn’t he have enough fish to fry with Rihanna and Karrueche Tran plotting to have a sit down with him.  Oh!!! Maybe you haven’t heard but Rihanna is sick of Chris going back and forth between her and Tran.

That being said, Chris is said to be upset with his public image on which he expands on in his November 3 MTV special, “This is How I Made it.” He states, “It’s one of my most humbling experiences. I can’t hate people for making judgment on me or making a decision of liking me or not liking me.”

“All I can do is try to be better as a person, and I’m good with knowing everything isn’t always going to be perfect.”

Hmm….chicas I think we’ve heard this statement from him before, I’m just saying.  Chris maybe if you stop acting up, Oh, for example dressing as a terrorist for Halloween, people will stop picking on you!  Talk about bad taste.  Get it together mijo, will you.