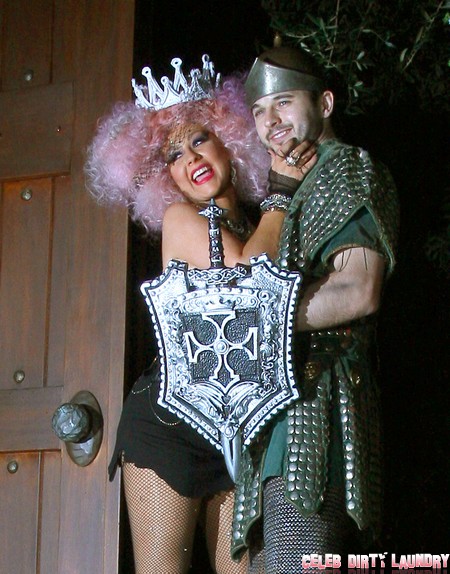 The simmering feud between Lady Gaga and Christina Aguilera is reaching a boiling point. According to a new Star magazine report, Aguilera is allegedly bursting at the seams with jealousy over Gaga’s new perfume, Fame. (We assure you that this perfume wasn’t made from kitten eyes and tooth fairy wings)

The insider claims, “Christina is threatened by any successful woman, but Gaga really gets under her skin. Christina’s fragrance line is her baby, and she’s extremely territorial – especially since her album sales have tanked.” Yes, they have, haven’t they? Not even Aguilera’s campy platform on The Voice was able to save her albums from being sold in the greasy bargain bin. The insider added, “When Gaga first arrived on the scene, Christina predicted she’d be a one-hit wonder. It drives her crazy that she was so wrong. Christina can be really low-class and has been saying she wants to kick Gaga’s ass! They could easily end up at the same party, especially with the holidays coming up. Things could really get out of hand.”

Aside from the meat dresses, the horns, the scary eyes, and the eccentricity, Gaga has been able to define a generation with her music. Yes, she is one of the most polarizing creatures in all of music land, but she’s also capitalized on this polarizing quality and crafted a persona out of the debris left behind by Poker Face. Christina, in contrast, has climbed the ranks of vocal artistry and built a brand on her cutesy, flamethrower voice. Allegedly, according to Star, Christina called Gaga a “beast”, and while we’re not dismissing the fact that Gaga could actually be Bruce Jenner’s alter ego, we doubt there’s any need for an exorcism in the near future.

We’re not going to allow ourselves to take sides in the fan wars, but we are going to ask you to post in the comments below who you think is the better star. Is it Lady Gaga or Christina Aguilera? Who is the best pop star in the world? Post your thoughts below, participate in the poll and let us know who wins this war.

Please participate in our fun poll: