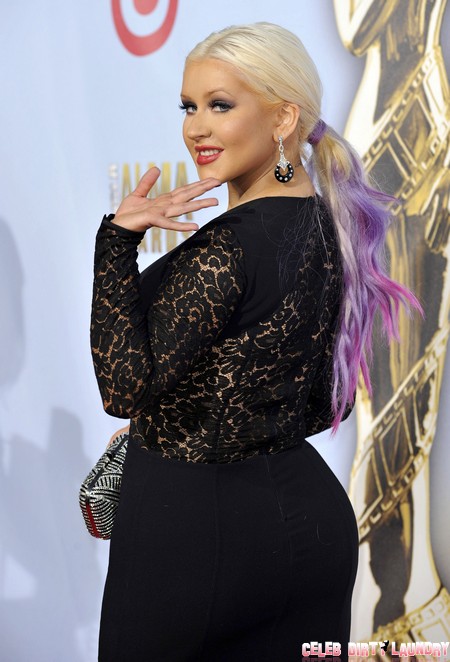 The Voice has been a fixating television event for the past three seasons, with season three quickly gearing up to become one of the most exciting seasons to date. Unfortunately, two of the current The Voice judges (Christina Aguilera and Cee Lo Green) have decided to take a hiatus and the new judges (Usher and Shakira) will be welcomed in season four of the show as new interim judges. However, in the true self-indulgent fashion of The Voice, the last episode was riddled with a self-congratulatory vanity project, namely a sneak peek at Christina Aguilera’s new music video for Your Body. The potential future stars of the show had to take a back-seat in the perfumed spotlight of the greatest vocal artiste on the planet, or so Christina fans claim…

See, reality shows such as The Voice, American Idol and X-Factor USA are as much about the production value of the show as the self-indulgent judging panel. Imagine this: Once, long ago, back when teenagers were still parting their peroxide hair along the middle and listening to pop tunes by a no-name with neon eyebrows, you became a singing sensation.  Your songs were heard all over the world; you went big in Japan and released a deluxe version of your debut album with added techno remixes of your biggest hits. The years went by, Al-Qaeda and terrorism became part of popular culture as much as the technological revolution back in the early 90’s did, and the arena of popular music left the clichéd beats and moved to subtle Adele/Duffy vocals. Your career burned with the transition and now you’re stuck with lazy production techniques and a record label which forces you into a corner. You release a hit, but it charts in 60th position and refuses to budge. What do you do? Easy breezy! You become a judge on a reality television show, showcase your talent on a monthly basis and kaboom, you’re more popular than Fukushima!

The same happened to J.Lo. You cannot deny that her career hit stratospheric levels after American Idol. Look at Paula Abdul – she became one of the most recognizable faces in the world after Simon Cowell gave her a chance on the premiere season of American Idol. Oh, and look at Christina Aguilera, who has always been a chart topper, but lacked a significant popularity before her appearance on The Voice. She starred in Burlesque, but was utterly demolished by film critics. She released her Bionic album just before that, which delivered in every sense of the word, but still somehow missed a certain spark of Aguilera magic. The Voice changed all of this for Christina. The three season platform accentuated her assertive and sincere personality. Her vocals were given a platform unlike never before and for the first time in history, it wasn’t raining men – it was raining fake eye lashes and vocal runs.

We conclude that self-indulgence in reality television does pay off, especially when it is mixed with the snobbish and corny format of The Voice. Hey, if all else fails, Christina could swing her chair around in Swaziland? Let us know in the comments below if you think The Voice is a self-indulgent celebration of the judges’ careers.