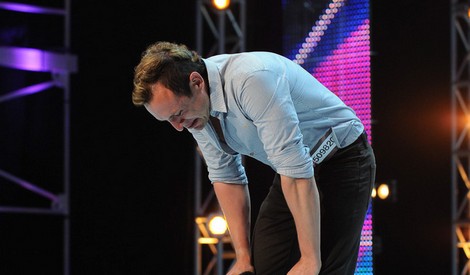 The X-Factor USA served up some of the most memorable contestants during its two episode premiere last week, but none of them stood out as much as Don Philip, the lisping-scratch-voiced Britney Spears duet partner. His story was remarkably maudlin and teary-eyed, especially when he dripped to the floor like a wet rag and moaned about “hurting Britney”. Viewers were enthralled by his 10-year story of hardship and Britney obsession, but the poor Don did not make the cut. His voice was actually quite horrible in the end. Don spoke out about his infamous audition and the production secrets that might make X-Factor lose another few million viewers. According to Popspoken, there are also serious censorship and editing issues doing the rounds on X-Factor, “While Fox edited out one contestant’s reel where he was allegedly forced to come out to a former duetmate (and X Factor judge, mind you), Channel 5 was more selective with the censorship, deciding to air footage of San Fransisco’s Castro belt and air the rainbow flag but cutting out affirming messages of self-expression by a cross-dresser contestant.”

Editing has come a long way! They use to remove risqué open-mouthed kissing and ingénues attacked by mad men on television, but selective editing in today’s day and age cannot be kept under wraps for too long, especially with YouTube and internet. Editing like this does not only result in a misaligned view of certain contestants on shows such as X-Factor, but it also limits the way in which we watch television, most specifically in the cases of Don Philip and Quatrele Da’an Smith, the wedding dress wearing Lady Gaga singing San Francisco resident. Allegedly, certain Quatrele scenes and judges’ comments hit the editing room floor to make way for a symbiotic and fluent relationship between contestant, television screen and judges. These weren’t swear words or sexual references, but an extension of Quatrele’s personality that was signed, sealed and tossed in the garbage to eliminate any “questionable” tuning-out. We all know that Quatrele’s dubious audition and loving personality might have been a red herring for viewers and a chance for producers to draw the numbers, but removing parts of his personality through editing is not the way to go.

We digress. According to Don, he was not only edited to be a sympathetic martyr, but he was also forced by X-Factor producers to “reveal his secret” to the judges.  He revealed this shocking news to Access Hollywood and said, “Backstage, I’d talked to the producers about what was my secret was. And I mentioned that my secret was I was gay, but I really didn’t want to talk about it on the show. So, minutes later when I got on stage, L.A. Reid said, ‘What’s the secret? What’s the secret?’ over and over again. And I had to say it. I just felt like they were going to say it so I felt like I needed to say it first. And I was just so emotionally distraught, I couldn’t pull it together to actually sing.”  Should this even be an issue in today’s day and age? Did the producers really exploit and force him into an uncomfortable position?

Firstly, this is reality television, which means that nothing you see is actually as “real” as you’d want it to be. Secondly, Don really wasn’t the greatest singer in the history of music, now was he? Lastly, if you sign on to audition for one of the biggest show formats in the world, you better be sure that you don’t have any skeletons in your closet, because the producers will latch onto them and exploit them for all it’s worth. We disagree with the alleged exploitative manner in which Don was brow beaten to reveal his sexuality, but he knew what he was letting himself in for. If you can’t take the heat, you bloody well stay out of the kitchen.

Don’s revelation was counter-argued by Fox, who released a statement regarding his revelations and said, “The judges were not given any information at all about Mr. Philip prior to his audition. The personal information that Mr. Philip quickly volunteered at the start of his audition was a surprise to the judges, who asked what had happened during the past 10 years, as they were interested in Mr. Philip’s career. While we understand his decision to discuss his personal life, Mr. Philip’s sexual orientation was not something that any of the judges or producers felt was relevant to this audition.” Don Philips, you just got owned by Fox.

What is happening to X-Factor this year? Why are there sudden rumours of over-the-top editing techniques? Is X-Factor merely a voyeuristic mise-en-scène concocted in the minds of clever producers and directors? Could there be production secrets which subtly force the viewers into forming a final live broadcast group of contestants? Could we have been duped all along?

Perhaps, but we leave it up to you to decide. Let us know in the comments below if you think X-Factor is a load of bull and should be taken off the airwaves. Do you think questionable editing techniques and reality television exploitation still have a place in today’s television arena? 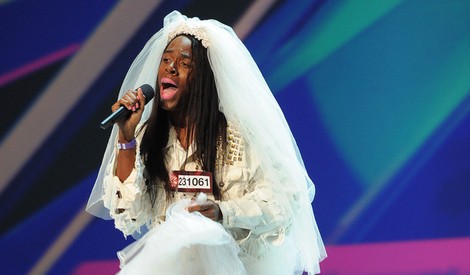