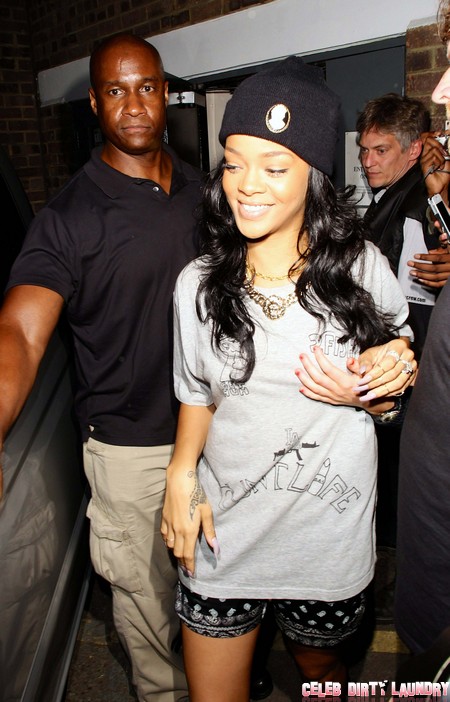 People are getting hurt here with the Chris Brown and Rihanna shenanigans! Now they have gotten the family involved. Madre de Dios!  Chris Brown’s father is so upset that he is talking to the press, which no parent wants to do.

His father Clinton Brown has stated that he is afraid that they might get back together and that makes him worry because he does not want this to happen. I know, to think that Rihanna will destroy Chris Brown seems a bit far-fetched but you never know. He stated, “I do not condone everything that goes on with Chris, but I love my son with all my being“. Aww… then he said, “But as a concerned parent I would rather they not have any involvement“. Very well said and articulately spoken.

To have the truth told, what parent wants their child to be with someone that publicly smokes pot and goes on drinking binges, no one.  I’m sure he has read and heard all the shenanigans these two have been up to and is personally mortified. My mother would be she would be pulling my hair and speaking of mothers where is Riri’s mother and what is she doing about her out control daughter, Hmm….One just has to wonder.

Anyway Mr. Brown seems like a decent down to earth kind of mijo let’s see if he can sway some influence over  his bobocito, but quiet is kept Chris is like tick tock, his temper is not good. As an example we can all look at the fiasco that happened with Drake last week. Let’s all hope that some more parental advice will calm this young stallion down because he needs a wake-up call.