CNN’s Piers Morgan Phone Hacker – Should He Be Fired? 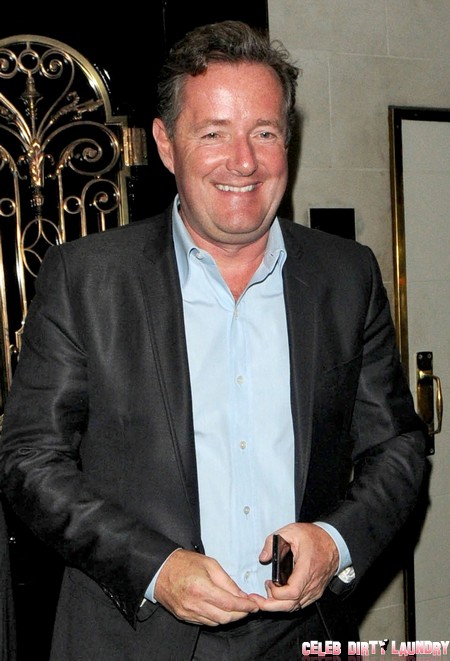 There are more claims stemming from the phone hacking scandal of a British newspaper.  This time we are not talking about Rupert Murdoch and his beloved News Corp.  Nope, we are talking about someone who is on TV every night, CNN’s Piers Morgan.  The British newspaper publisher Trinity Mirror has had a civil lawsuit filed against three of its divisions; Daily Mirror, Sunday Mirror, and The People.  The civil suits were brought upon by actress Shobna Gulati, Abbie Gibson (the former nanny for David Beckham and Victoria Beckham‘s children), former England soccer team manager Sven-Goran Eriksson and former soccer player Garry Flitcroft.

The portion of the suit directly involving Piers Morgan is being claimed by Sven-Goran Eriksson.  Eriksson is alleging that while Piers Morgan was editor for the Daily Mirror from 1995-2004 he knowingly engaged in illegal phone hacking schemes in the hopes of digging up gossip for his company’s paper.  Sounds like an episode of HBO’s The Newsroom.  Or was Morgan’s version more high tech like Batman’s invention in The Dark Knight?  Sadly, it was only a civil claim and not a criminal claim so no jail time, but someone will be seeing pretty hefty payday once all the evidence proves the allegations to be true.

I’ll be the first to admit that I believe Big Brother is out there watching, so I am not at all surprised that a tabloid as popular as the Daily Mirror is being accused of listening in on celebrities conversations.  What I am surprised about is that it has taken so long for someone to come out and press charges.  Were these people waiting to find more evidence or did they have something to hide?  Was an affair uncovered while listening in on the Beckham’s  nanny’s calls or was the extent of the conversation about what the Beckham’s kids were eating for the day?  What do you think was really going on my CDL readers?