CONFIRMED: Coroner Reveals Whitney Houston Had Cocaine In Her System At Time Of Death 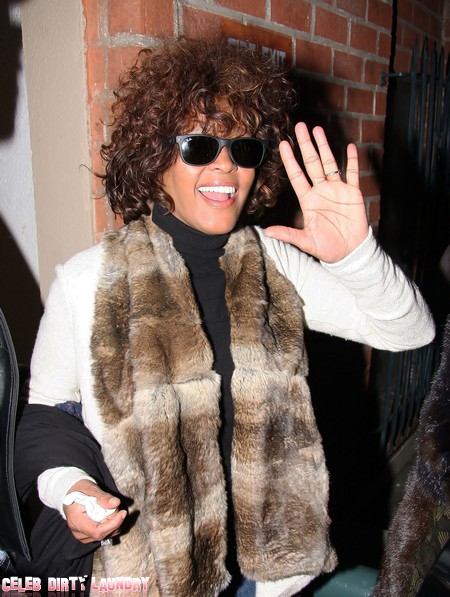 Whitney Houston died in the bathtub in her suite at the Beverly Hills Hilton Hotel and her official cause of death has been determined – at the time a combination of alcohol and Xanax was suspected.  Now according to the L.A. County Coroner Whitney had cocaine in her system at the time of her death.

TMZ has the scoop: The L.A. County Coroner has just released the singer’s official cause of death — accidental drowning … but the report also notes heart disease and cocaine use were contributing factors to Whitney’s demise.

A source connected to the investigation tells us it is “very possible” Whitney had a heart attack that caused her to lose consciousness and drown. The heart attack may have been triggered by hardening of the arteries as a result of cocaine use.

No cocaine was found in her hotel room at the time of her death.  Whitney’s family has been demanding an exhumation of Whitney Houston’s body and a second autopsy to be performed because they thought she was murdered and one of them claimed to have a suspect in mind.

Perhaps these people will get some closure now that the coroner has released his findings.  At the end of the day none of this really matters, what matters is the tragedy she made of her great talent and potential for a wonderful life.