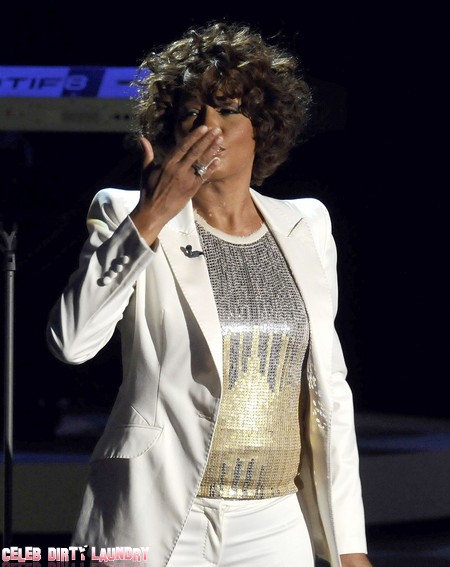 It has been rumored that  Raffles van Exel removed cocaine from Whitney Houston‘s hotel after she passed away.  Raffles told a Dutch magazine ‘the room had to be emptied, someone had to do it.’  However, today it has been confirmed that the police did indeed find a white powdery substance in her room which was later confirmed as cocaine.

TMZ has more: “As for the quantity of cocaine that was found, official documents show one of the items police recovered was “white, powdery remnants.”   Sources tell us the powder was tested and it’s cocaine.  We’re told Beverly Hills detectives are NOT investigating rumors that someone removed cocaine from the room, because they’re convinced it wasn’t removed.”

Bottom line — cops are in the final stages of their investigation, but they are not focusing on anyone who possibly removed cocaine, because authorities are in possession of the goods.

Whitney died in the bathtub in her suite at the Beverly Hills Hilton Hotel and her official cause of death has been determined – at the time a combination of alcohol and Xanax was suspected.  Now the L.A. County Coroner has confirmed Whitney had cocaine in her system at the time of her death and now we know it was found in her hotel room.

So there you have the story what do you think about Raffles and his implication to the newspapers?  Did he remove something or did the police find all the drugs.  Sound out in the comments below and let us know what you think!