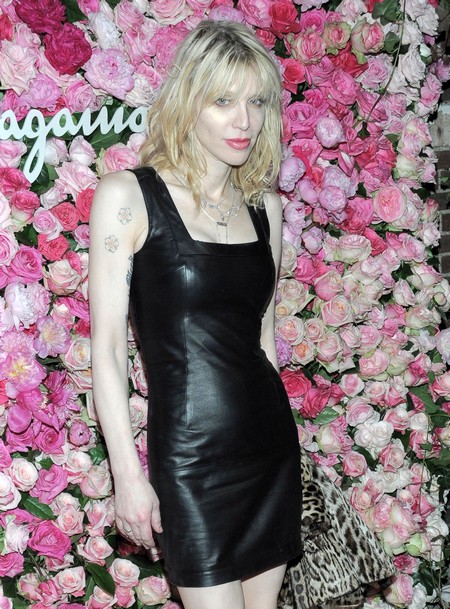 Courtney Love has lost her mind once again and accused Dave Grohl of having sex with her 19-year-old daughter, Frances Bean Cobain.  When a crazy person went off in the past they ranted and raved to themselves, howled at the moon, chewed the carpet, or had long conversations with inanimate objects.  Now they simply and conveniently resort to Twitter.

True to form, Courtney went off the rails at Dave in a mostly incoherent Twitter rant which has since been discreetly removed:

“I hear from Frannies roommate that @davegrohl hit on Frances, and that she was curious, I’m not mad at her, him I am about to shoot dead,” she wrote on Twitter.

She also said that “dave tried to f*ck me a lot” but added that he was “sexually obsessed w kurt not me.”  Courtney is referring to her ex-husband, the late Kurt Cobain, who is her daughter Frances Bean’s father.

The tirade then goes on to say that Courtney has heard the claims from ‘reliable sources’, including a driver that had driven the pair and saw them together in the back seat of a car.

Foo Fighters singer Dave Grohl was previously the drummer in Kurt Cobain’s band Nirvana and has had fallouts with Courtney before.  He naturally and subsequently issued a statement denying the claims.

Dave, 43, released a statement saying: “Unfortunately Courtney is on another hateful Twitter rant. These new accusations are upsetting, offensive and absolutely untrue.”

Frances obtained a restraining order against her own mother in 2009 and fiercely put down her mom’s erratic behaviour which she claims was caused by her heavy drug use.

In a sworn court statement – dated December 10, 2009 – obtained by The Fix, Frances said: “[Love] has taken drugs for as long as I can remember. She basically exists now on … Xanax, Adderall, Sonata and Abilify, sugar and cigarettes.”

“She rarely eats … She often falls asleep in her bed while she is smoking, and I am constantly worried that she will start a fire (which she has done at least three times) that will threaten our lives.”

Frances claimed her mother’s hoarding and drug use had caused the death of two family pets, with her cat losing its life when it became entangled in a pile of rubbish, paperwork and fabric samples, while she alleged her dog died after eating a packet of Courtney’s pills.

Now Courtney is worried about who has sex with her daughter…