BY Cate Meighan on June 27, 2012 | Comments: one comment
Related : Courtney Robertson, The Bachelor 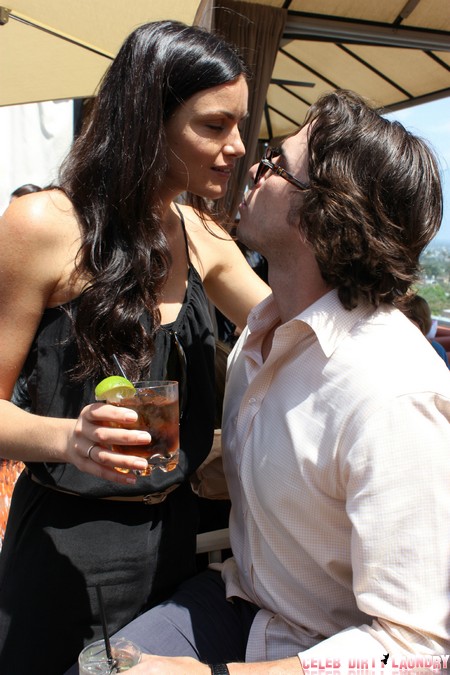 Everyone loves a tattle tale and that is exactly what Courtney Robertson is banking on. The season 16 The Bachelor villain/winner is set to write a book divulging all sorts of behind the scenes details that are sure to shake up those behind ABC’s long-running hit reality show. If you tuned in last season then you know that Bachelor Ben Flajnik did indeed propose to Courtney and she of course grabbed that ring.

The media have had a field day with these two because they claim to be together (usually) but when they are spotted in public it either looks staged or like there’s blood in the water.  They never seem like the real deal to me.  What is real is Courtney’s need to extend her low level of fame.  She hated coming off like a villain and truly believes that dumping insider secrets will repair her shady reputation.

In Touch Weekly has the full story: In an effort to repair her tarnished reputation, In Touch can exclusively reveal that Courtney Robertson — the much-maligned fiancée of Bachelor Ben Flajnik, 29 — is planning to pen an explosive tell-all.

“She felt like she was portrayed as the villain, so she wants to get her side of the story out there,” an insider tells In Touch.

The source says that Courtney plans to expose some of the show’s biggest secrets! “From the late night calls from producers telling her exactly how to act and respond, to calls from the production company to talk about her appearing on Bachelor Pad, Dancing With the Stars, and The Bachelorette, Courtney wants everyone to know what really goes on behind the scenes of some of Hollywood’s most beloved reality TV shows,” the insider tells In Touch.

No word yet on how much the 28-year-old model will dish on the famous men in her past, including Desperate Housewives star Jesse Metcalfe and Jim Toth (before he was married to Reese Witherspoon). However, she will be spilling about Ben and “the truth about their much-gossiped-about relationship.”

“She knows she may have to change names and facts for legal reasons, but she’s ready to do it,” says the insider to In Touch.

Do you think that Courtney is trying to make herself look better by doing this or is she just thinking any publicity is good publicity?  Tell us what you think in the comments below!