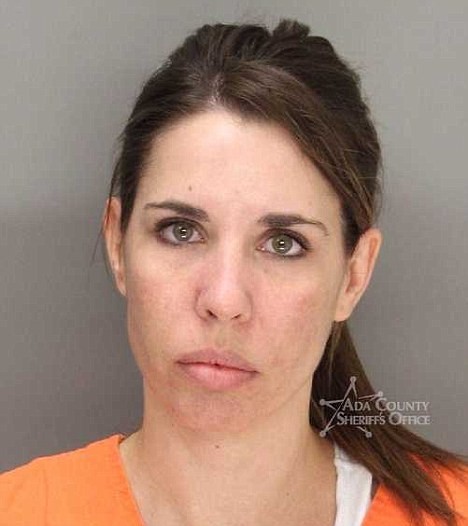 A 35-year-old mom in Idaho is stirring a legal debate about what it means to be a sex offender and has been arrested. Courtney Sue Reschke has been accused of having sex with four underage boys, all 15 years old, whom she met through her 10-year-old son. In the U.S., it is considered statutory rape for an adult to have any sexual relations with someone under the age of 18 without consent of the minor’s parents.

Courtney’s children were at home while she was with the minors and a police report says her five-year-old son tried to come into her bedroom but she ignored him and kept going! Prosecutors have charged her with two counts of felony injury to a child and felony lewd conduct with a child under the age of 16 which seems pretty lenient considering! The question remains: are there more victims?

To the law, this seems to be a pretty black-and-white situation. An adult had sex with minors, broke the law, and is being tried as a criminal. But some are suggesting that this sort of behavior shouldn’t constitute rape at all. In fact, one writer at Right Entertainment suggested that sex with older women is hardwired into male DNA! Pat Cain wrote, “Teenage boys pursue their biological programming, which is why bragging about conquests is the norm . . . there is a double-standard in society about men and women, teenage boys and girls.” Typically, a relationship between an older man and young woman is viewed as disgusting. We think it must have been rape, right? But is Courtney a a sexual deviant, a predator? Does the consent of the teenagers matter, or is the law unwavering?

This entire situation seems pretty fishy to me—and not because of the gender roles. This mom met these boys through her ten-year-old son. She had sex with them while her children were at home and while her five-year-old needed her for something. To me, that is just bad parenting. The fact that these boys were barely in high school seems to make it worse. Is having sex with your kids present a crime? I don’t think so, but it paints a picture of a woman who is pretty selfish. I mean, five- year-olds need their parents—they can’t cook, reach things, and need supervision! And it isn’t as if this is a one time, one guy affair—she was sleeping with at least four guys! That doesn’t sound like a relationship. We don’t have all the info about the 15-year-olds involved, but as a rule, should parental consent be required before sex?

Is Courtney a criminal or just a woman acting on animal instinct? Does she deserve criminal charges?