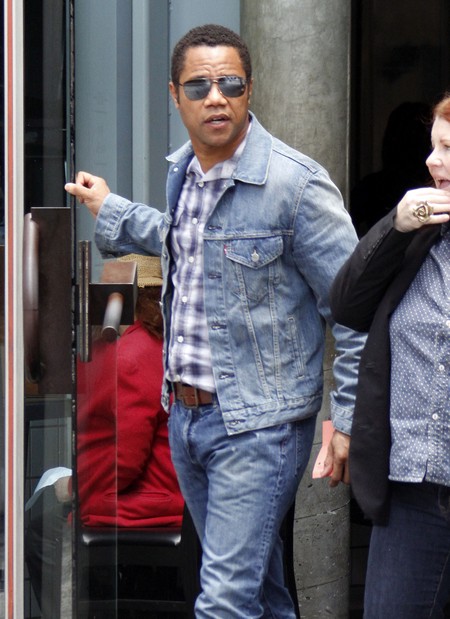 Cuba Gooding Jr. is not pleased that he is being accused of acting like an out-of-control sex maniac in A New Mexico bar last month.  Supposedly Cuba was up to some serious sexual harassment as he groped several unhappy women who were at the bar.

On March 1 Cuba was at the bar in Albuquerque when he began acting like he was a fruit store – as in feeling the merchandise – but these peaches didn’t seem to appreciate the squeezes.  Even worse, a fellow who tried to photograph Cuba’s misbehaviour allegedly got punched by the celeb for his troubles!

Cuba denied all wrongdoing when asked by TMZ about the incident – what a surprise!

TMZ has the exclusive:  Cuba Gooding Jr. is shooting down reports he sexually harassed and groped several women in a New Mexico bar last month … telling TMZ the allegations are “bulls**t.”

Just a few weeks ago, reports surfaced CGJ had rolled into a tavern in Albuquerque on March 1 and got super grabby with several women … before allegedly punching a guy who tried to take his picture.

But yesterday at LAX … Cuba was adamant he did nothing wrong … and when we asked about the women possibly having photo evidence … he brushed it off telling us, “Yeah … yeah right.”

These celebs think that they can get away with anything and everything.  The rest of us would be doing life on the installment plan if we behaved the way they do.  Top lawyers, tons of money, and a famous face – now that all adds up to celebrity justice.