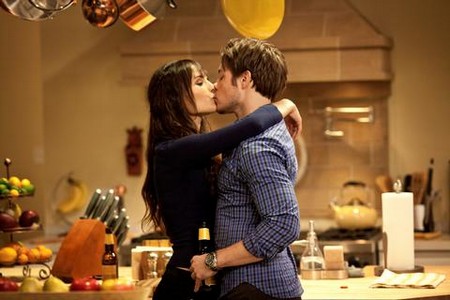 Tonight on TNT is an all new episode of Dallas. On tonight’s show titled “Family Business.” On tonight’s show John Ross learns the value of family when he must choose between blood and oil. Sue Ellen and Rebecca both find themselves victims of men who could destroy their lives. If you missed last week’s show called “No Good Deed”, we have a full and detailed recap for you here.

On last week’s Bobby was arrested for assaulting Harris Ryland who later demanded an apology from Bobby. Christopher demanded a paternity test when he found out from Elena that Rebecca was pregnant as she was with her when she had morning sickness. Ann flipped out because Christopher wanted nothing to do with Rebecca and get this, Rebecca is having twins.

On tonight’s show John Ross learns the value of family when he must choose between blood and oil. Sue Ellen and Rebecca both find themselves victims of men who could destroy their lives. And the Ewings must once again rally around one another when a medical crisis strikes.

Tonight’s episode is going to be an exciting and explosive one that you won’t want to miss, so be sure to tune in for our live coverage TNT’s Dallas tonight at 9PM EST! While you wait for our recap hit the comments and let us know what you thought of last week’s episode 8 of Dallas season 1! Also check out a sneak peek video of tonight’s episode below!

Sue Ellen sure must wish she could take back the bribe she offered to Harris because now she finds herself under his thumb and at his mercy.  John Ross is always behind the eight ball one way or another.  Tonight his issue is drilling and property lines.  John Ross suggests to Bobby a way to get gas rights back.  Christopher walks in during the discussion and flips out believing that John Ross is trying to steal South Fork.  Bobby keels over and says he can’t feel his face as they scramble to call him an ambulance.

The doctor’s aren’t initially sure what is going on but it’s brain related.  While at the hospital, Elena tells John Ross that Bobby has cancer and that it was purposely kept from him so that JR couldn’t use it as leverage.  It’s learned that Bobby had a cerebral aneurism and if he leaves the hospital and it bursts, he has a 30% chance of being dead before he even hits the ground.

Rebecca goes to see Christopher after learning about Bobby and he is glad to see her in spite of their issues.  JR attempts to see Bobby but doesn’t get very far as Ann throws the old tycoon out the minute she sees him.  Christopher runs into John Ross outside and tells him that if he loves Bobby, the man that raised him, then he needs to help him get South Fork back.

John Ross tries to convince JR to sign South Fork over and he flat out refuses in what clearly amounts to a grudge match.   Sue Ellen decides that she’s going to talk to JR as John Ross melts down in disappointment outside.  She smacks JR across the face before telling him that he is done destroying the entire family.

JR goes in to talk to Bobby and Bobby offers the olive branch and tells JR that he loves him no matter what. JR tells him he won’t stand there listening to Bobby write his obituary and that they’ll hash things out when Bobby is better.

The episode ends with JR handing over exactly what Bobby has been after and Rebecca going to get a gun from her safe deposit box..  Bobby gets a call telling him that they have proof that JR may have been connected to fraud but he would have to commit to sending JR to jail. Bobby collapses holding his head and is rushed to the hospital.

Tommy shows up at Rebecca’s door and they struggle, a gunshot goes off and you’ll need to tune in next week to see who was shot.

Join us next week for the next awesome live recap of this amazing show!