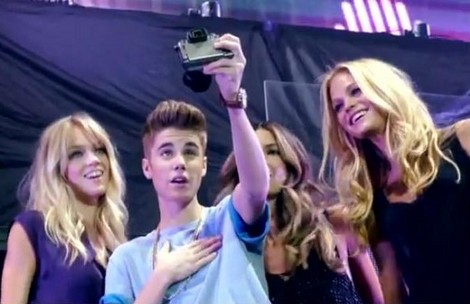 Readers, you better grab your blankies and your Justin Bieber dolls, because this one is straight from a Dean Koontz novel! According to TMZ, “A convicted killer locked up in New Mexico plotted to have Justin Bieber murdered and castrated … but for some mysterious reason, he threw a wrench into his own plans — this according to a local news report in New Mexico.”

Allegedly, this murder-castration plot has been in the works for quite some time. KRQE News reports that Dana Martin, a convicted child rapist and killer serving two life sentences at the Las Cruces prison, recruited Mark Staake to do the deed once Staake was released. Staake then recruited his nephew, Tanner Ruane, to kidnap Justin Bieber and his bodyguard, strangle them with paisley ties, and then castrate them. A truly squalid and unsettling tale!

For some unknown reason, Martin – who is so obsessed with Bieber that he has a tattoo of the man-child on his leg – informed authorities of the murder plot. As a result, Staake was arrested in Vermont, while his nephew, Ruane, made it all the way to NYC with pruning shears (snip-snip!) and other murderous tools when police arrested him.

We know Bieber has many fans – some of them crazy, some of them murderous – but we never knew Bieber had such terrifyingly obsessed ones! If this plot of mayhem and castration were to be carried out successfully, the world would be a much different place than it was before. Bieber might not be the greatest singer in human history, but he is at least able to inspire millions of youngsters all over the planet, and for that, the young singer should be given an award of excellence.

Life is difficult enough for the youth of today; there’s no need to further exacerbate their emotional issues by castrating and killing their idol.