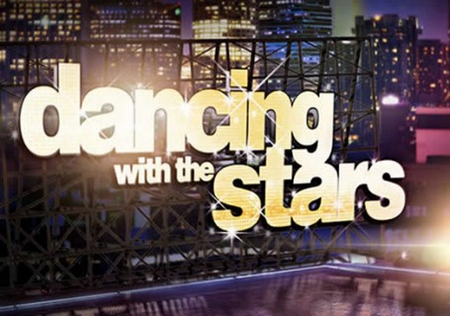 Dancing with the Stars returns tonight with a whole new episode.  The theme for this week’s episode is “The Most Memorable Year of My Life’ and this is always one of my favorite episodes.  Stand by as we live blog the show with all the up-to-the-moment details.

Last week 12 couples returned to the ballroom with the second show of the season and another fabulous lineup of extraordinary performances.   On last week’s episode the couples performed either the jive or the quickstep and our first casualty of the new season was Martina Navratilova who came in at the bottom of the pile for her jive and was sent home.   If you missed her performance you can see the video of it here! If you missed the result show you can read our full recap here!

This week on the “The Most Memorable Year of My Life,” themed episode the remaining eleven couples are challenged to perform a meaningful dance using any style dance of their choice.

Here are the dances the couples will be performing tonight: Jack and Anna – Samba; Roshon and Chelsie – Samba; Sherri and Val – Rumba; Melissa and Maks – Jive; Gavin and Karina – Rumba; Katherine and Mark – Slow Waltz; Gladys and Tristan – Foxtrot; Jaleel and Kym – Rumba; Maria and Derek -Rumba; William and Cheryl – Salsa and Donald and Peta – Rumba.

We will be live blogging Dancing With The Stars tonight with all the up-to-the-minute details at 8PM EST so make sure to come back to this spot and watch the show with us.  Refresh often to get the most up-to-date results!

RECAP:  The bar is set high as we kick off a “memorable” episode tonight, here are the couples listed in order of appearance.

Jack Wagner and professional dancer Anna Trebunskaya dancing the Samba. Jack chooses the year 2011, the year he met his daughter for the first time at one of his concerts.

Len – I saw a totally different side of you, I loved the rhythm, the choreography, your best dance yet.

Bruno – you got the part started, you were in the driving seat, your timing was better.

Carrie Ann – I was worried, but you totally uplifted the room, I want to see more.

Maria Menounos and professional dancer Derek Hough dancing the Rumba. Maria chooses the year 1988, when she used to pop a quarter in the juke box to  listen to “Material Girl”.

Bruno – I felt it, is it Maria or the goddess of love? There was no rhythm in the song and that is difficult to do, my hat to you.

Carrie Ann – you are such a beautiful and exquisite dancer, nothing stopped you, I’m speechless.

Len – it was a mix of the ballroom and the bedroom, the technique was very good, overall a fabulous dance.

Gladys Knight and professional dancer Tristan MacManus dancing the Fox Trot. Gladys chooses the year 1957, the first year that she went on tour with the Pips.

Bruno – you have such grace, finesse, your frame was better and you were absolutely gorgeous.

Carrie Ann – last week I noticed your frame was out of whack, this week was an improvement, you dance like you sing.

Len – you and I are the same age, I realise the amount of work and dedication to come out here each week, I admire you this week, can I please be a Pip?

Roshon Fegan and professional dancer Chelsie Hightower dancing the Samba. Roshon chooses the year 1996, the year he first went to a Michael Jackson concert. Chelsea surprises Roshon with Jaskson’s choreographer to help him with the MJ moves.

Len Goodman – I love the flair, the devil may care attitude although I would have like a little more traditional Samba, but you gave it 100%.

Carrie Ann – I don’t think it was your best dance, but I think you are so much fun.

Gavin DeGraw and professional dancer Karina Smirnoff dancing the Rumba. Gavin chooses the year 1998, the year he went to a Billy Joel concert and afterwards told his dad he wanted to sing just like him which inspired his family to move to New York city and Gavin begin his career.

Bruno – you’ve got hips and you can move them, you need to watch your turns, you are getting better all the time.

Carrie Ann – I was a little caught up, it was so sexy and sensual, I have Gavin fever.

Len – the Rumba is so slow that every move shows, I loved your hips, I see progression week after week.

Katherine Jenkins and professional dancer Mark Ballas dancing the Waltz. Katherine chooses the year 1996, the year she found out her dad had lung cancer and he past away.

Carrie Ann – your dad is definitely smiling down on you, it was just amazing.

Len – there was lovely movement, I could easily go the other way because there wasn’t enough ballroom dancing, the bottom line is that you are a wonderful dancer.

Sherri Shepherd and professional dancer Val Chmerkovskiy dancing the Rumba. Sherri chooses the year 2005 , the year her son Jeffery was born at 22 weeks with complications.

Bruno – mama can move! you were so into it and you didn’t lose it.

Carrie Ann – the reason I love you because you are so true to yourself (hold on, isn’t that Paula Abdul’s line?).

Len – I appreciate the emotion you put in that dance, I thought you did a great job, well done.

Melissa Gilbert and professional dancer Maksim Chmerkovskiy dancing the Jive. Melissa chooses the year 2010, the year she fell and broke her back which was one the most gut wrenching experiences of her life.

Carrie Ann – I loved it, I thought you were so dynamic.

Len – a happy ending, you are coming into the competition, well done.

Bruno – Melissa is on a mission to put the raunchy into the jive, the opening was excellent, but watch the side to side in the future.

Bruno – the Rumba has to be fluid and this one lacked it.

Carrie Ann – you are back in the game, you just glide.

Len – I thought it was competent with the hips going, but it could have been more fluid.

William Levy and professional dancer Cheryl Burke dancing the Samba. William chooses the year 1995, the year he moved from Cuba to the United States.

Bruno – can you come closer please, I hate you, that was amazing.

Carrie Ann – what do you say to that, that was amazing.

Len – you put a whole new meaning into “Free Willy”, that was loose, you conquered the Salsa.

Bruno – what I like about you is that you push yourself to the limit every time.

Carrie Ann – the passion that you just expressed was mesmerizing, I was truly touched.

Len – I didn’t expect you to come out and dance with such warmth, it was a little hectic, awesome.