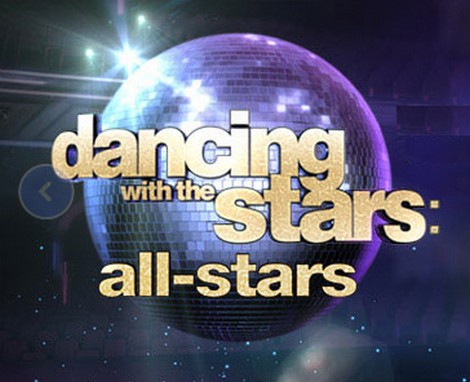 The all-star season of Dancing with the Stars is upon us and the pairings were revealed Monday on Good Morning America. The partnerships made in DWTS campy hell have been revealed and it looks like a fun season heading our way. According to Hollywoodhiccups.com, these are the contestants and DWTS pairings:

Kristie Alley and Maksim Chmerkovskiy; Joey Fatone and Kym Johnson; Bristol Palin and Mark Ballas; Emmit Smith and Cheryl Burke; and Melissa Rycroft and Tony Dovolani are all going to receive an encore partnership. Apolo Anton Ohno will be dancing with Karina Smirnoff (does she like Vodka?). Shawn Johnson has been partnered with Derek Hough and Kelly Monaco will be dancing with Val Chmerkovskiy.  Pamela Anderson and Tristan McManus will be paired up. Gilles Marini and Peta Murgatroyd; Drew Lachey and Anna Trebunskaya; and Helio Castroneves and Chelsie Hightower round up the rest of the cast.

Oh, the darling failed C-listers trying to revive their careers…

We won’t be attempting to make any jokes about Russians, Ukrainians and/or Eastern European terror dancers, but we have to just get this out into the world – why the freak were these people born with these odd names? Chmerkovskiy sounds like something the Centers for Disease Control is hiding from the world’s population.

Smirnoff (we can’t help but imagine the alcoholic beverage talking to us after a long night of partying) told People magazine, “When I heard Apolo Ohno was my partner I thought, Apolo – oh yes! It’s going to be fun and exciting to see Apolo’s creativity, charm, drive and personality on the dance floor again. We will soon see how much dancing he has been doing and/or practicing in the off seasons.”

The alcoholic beverage adds, “This is going to be one of the most competitive seasons we will ever have on the show. There are so many different personalities, athletes, talents, past winners and competitors on the show.”

The show will also have a 13th pair (hopefully not Jason Voorhees) which will be decided by a public vote. Those in contention are Carson Kressley, Sabrina Bryan and Kyle Massey.

Okay, we shall get back to reporting news about Hollywood and scandal after our hands have stopped cramping up from writing all of these really odd names (we don’t believe in copy and paste at Celeb Dirty Laundry). Our fingers have fallen off and are now walking through the Yellow Pages…

Let us know in the comments below if you’ll be watching the premiere of the 15th season on the 24th of September and what you think of the Dancing with the Stars pairs.