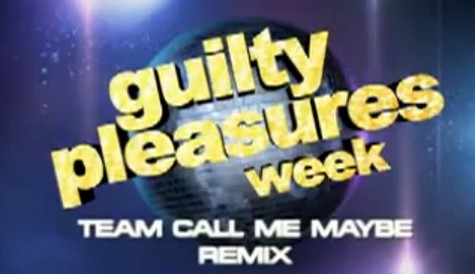 Last week, we gladly lost Bristol Palin and Mark Ballas to a fed-up DWTS fandom. This week, however, the show was marred by an injury (Melissa Rycroft), a presidential debate, and no elimination. The shortened one-hour episodes might have a lasting impact on the competition, as the scores are added from last night, tonight, and the team dances. Next week, the elimination show will be based on three episodes of DWTS. Hey, why should we complain? We get to see our favourites duke it out for another week on the campy dance floor! Read Celeb Dirty Laundry’s trusty review below and decide who you think should leave next week. Let’s go.

Kelly Monaco and Valentin Chmerkovskiy danced the Samba – Kelly and Val received a tad bit of dodgy critique from the judges. According to Len, “It took too long to get started.” Bruno and Carrie Ann both believed it was “a good try”, but wasn’t up to standard. The judges’ comments reflected in the scores, as Carrie Ann and Len gave an 8 point score, while Bruno upped it with an 8.5 point score. Their total of 24.5 was the lowest score of the night and their third lowest score of the season for a three judge point. Kelly and Val are currently second last on the leader board.

Giles Marini and Peta Murgatroyd danced the Rumba – The judges gave excellent critique to front-runners Giles and Peta, with Carrie Ann having commented, “That was ridiculous!” Bruno called it a “master class theater” and Len said they turned “October into hot October, which was a blockbuster.” Carrie Ann and Bruno gave the couple a perfect ten, while Len gave a near perfect score of 9.5. Their total score of 29.5 was the highest score of the night and their highest score of the season for a three judge point.  Giles and Peta are still ahead of the pack with a total score of 161 points.

Kirstie Alley and Maksim Chmerkovskiy danced the Quickstep – The struggling Kirstie and Maksim finally improved! Len, Carrie Ann, and Bruno believed it was one of Kirstie’s best dances. All three judges scored the couple 8.5. This pushed their total to 25.5, one full point ahead of low scorers Kelly and Val. This is also their highest three judge point of the season. Unfortunately, Kirstie and Maksim are still far behind in the total scores.

Emmitt Smith and Cheryl Burke danced the Samba – The second best performance of the night came from this excellent dancing couple. Len called Emmitt’s performance “unstoppable”, while Carrie Ann said that “no-one does the Samba” like Emmitt. Bruno gave a perfect score of ten, while Carrie Ann and Len gave a near perfect 9.5, respectively. Their total score of 29 was the highest three judge point of the season, the second highest performance of the night, and one of the best of the season. However, Emmitt and Cheryl are still mid-pack in the total scores.

Who was your favourite? Who should stay? Who should go? Let us know your thoughts in the comments below!