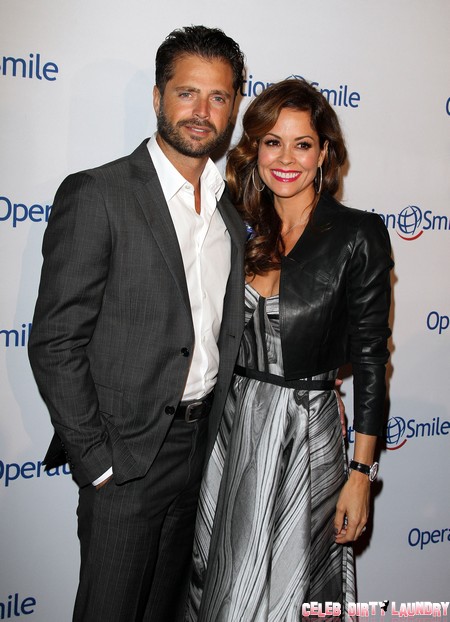 By all appearances Brooke Burke-Charvet, the 41-year-old Dancing With The Stars host, looks like the epitome of healthiness.  So when the mother of 4 revealed to the world today that she recently found out that she has thyroid cancer, you can imagine it came as quite the shock.

Brooke posted the news on her blog, explaining that she will be having thyroid surgery in the near future. In the video blog Brooke said that the surgery would leave a large scar right in the middle of her neck, leaving it impossible to hide from the public.

Brooke found out about her cancer after a routine physical, where her results were A-typical, prompting further tests and research.  While the news came as a devastating surprise, she says she feels great despite everything.  Married to David Charvet of Baywatch fame, the host is confident she will have a speedy recovery.

“I’m going to be fine. And I feel really really strong. Doctors say this is a good kind of cancer to have. Good cancer! That sounds so crazy. But my doctor did tell me this is a happily-ever-after ending kind of thing. I’m going fight through this.”

We wish all the best to Brooke while she battles her cancer, and thankfully she is confident and in good hands!