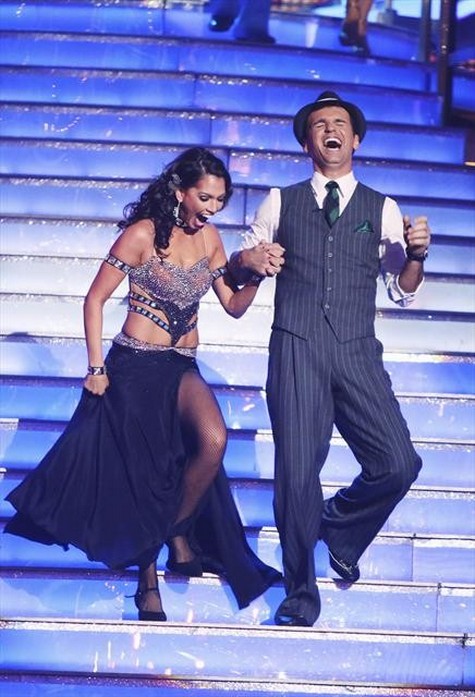 Melissa Rycroft was taken to hospital on Sunday afternoon. According to a People magazine report, Rycroft suffered “a head and neck injury during rehearsals for this week’s episodes.” Will this be the end of Rycroft and professional dancing partner Tony Dovolani? Are they only taking the necessary precautionary measures? Will they be removed from the competition for safety reasons? A Rycroft representative told People, “Melissa was taken by ambulance to a local hospital where she is currently being examined. She was accompanied to the hospital by her husband, Tye Strickland, and her dance partner, Tony Dovolani. Everyone is taking all necessary precautions at this time.”

Luckily, according to a latest E! Online report, Rycroft has since been released from hospital and everything checked out fine. Phew, they had us worried there for a second! Allegedly, it was the Tango that so screwed with Rycroft’s head and neck. It’s a dance with death it seems! However, there’s still no word on whether Rycroft will be dancing tonight, but we’re assuming she is. This wasn’t the first time Rycroft suffered an injury on the extremely popular reality television show. During Rycroft’s 8th season stint on the show, she was unable to partake in the Team Mambo dance in the 8th week of competition. Rycroft was also unable to compete in the couple dance, so her Jive rehearsal tape had to be shown that week and had to be scored accordingly.

Rycroft and Dovolani will be dancing in a freestyle team dance and a “guilty pleasures” dance this week. Unfortunately, the fans of the show will have to take a backseat. The highly anticipated presidential debate will receive ultimate air time this week, so the DWTS episodes will be diluted to two one-hour shows on Monday and Tuesday. There will also be no elimination show this week. The scores from the 5th week will be carried over and added to next week’s total score. This will prove interesting.

What do you think? Let us know in the comments below!