Daniel Craig Has A Positive Obsession With His Penis 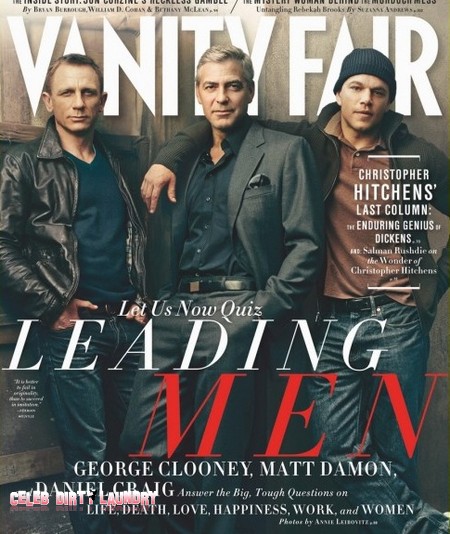 Daniel Craig says the most important things in his life are his penis and his health – with his health coming in a distant second!  Daniel says that his most treasured possession is his “penis” – clearly it’s neither his acting talent nor intelligence – LOL.

The ‘Girl with the Dragon Tattoo’ star is married to Rachel Weisz explained to us mere mortals along with maintaining a good level of health, his manhood is the most important thing to him.

Asked what his most treasured possession is by Vanity Fair magazine, he replied: “Apart from my penis and my health?” In addition to having a particular fondness for his genitalia, the 43-year-old star also revealed he has an unusual quirk on his body.

When asked what his most marked physical characteristic is, he joked: “My third nipple.”

Meanwhile, Daniel’s wife Rachel – who he married in a private ceremony in New York last June, with only four guests in attendance – may have to think about growing a spot of facial hair, as he joked a “good moustache” is his favourite feature of both men and women.

Asked what qualities he likes in men and women, he replied: “A good moustache.”

And Daniel thinks the Kardashians are stupid... .