Demi Moore NOT in Rehab At Cirque Lodge in Utah 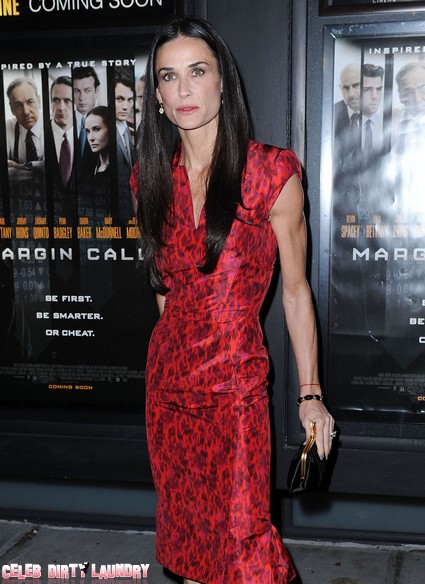 Despite the numerous reports recently that Demi Moore is seeking help for her addictions and anorexia at Cirque Lodge in Orem, Utah it turns out these reports are false. Multiple sources close to Demi’s situation have assured TMZ that Demi is not at the lodge.

Known for providing treatment to clients such as Lindsey Lohan, Eva Mendes and Mary-Kate Olsen, Cirque Lodge specializes in “individualized addiction treatment,” meaning that it provides a high level of privacy. Demi was rumored to be staying inside her L.A. home after both Ashton Kutcher and Bruce Willis were spotted visiting. However, sources claimed that Demi has been in the treatment facility all week. These sources apparently were wrong.

According to the Chicago Tribune, Demi was not the only celeb seeking treatment at Cirque Lodge right now. It’s rumored that Charlie Sheen’s troubled ex-wife Brooke Mueller is also there for her cocaine issues, although her rep denies the story.

TMZ has the exclusive:  There have been multiple reports by various outlets Demi Moore is getting treatment at the famous Cirque Lodge in Orem, Utah.  TMZ has confirmed with multiple sources familiar with the situation that Demi Moore is not at Cirque Lodge.

Moore has not been seen out in public ever since her whip-it induced medical emergency on January 23.  As TMZ previously reported, Moore had been partying with her daughter Rumer in Los Angeles … and had to be hospitalized. Her rep later said she was being treated for stress and exhaustion.

So if Demi is not at the rehab then where is she? Probably still at home – starving herself and taking pills.