Demi Moore To Out Ashton Kutcher In Tell All Book 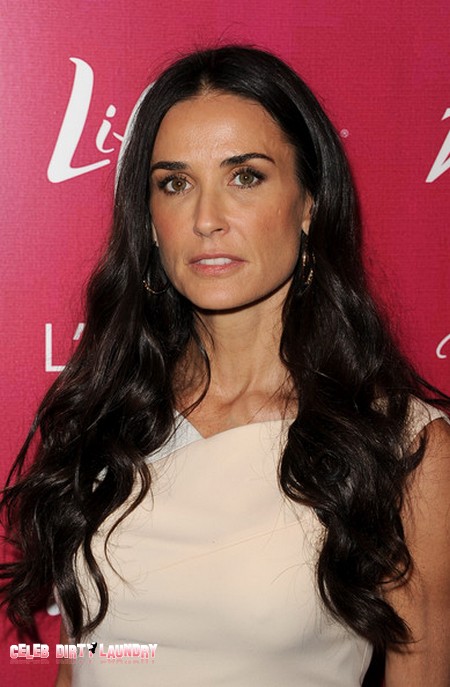 Is Demi Moore bitter and vengeful or does she just want to strike the first blow in her upcoming battle with Ashton Kutcher?  Either way, Ashton better watch his butt – his soon to be ex-wife has reportedly signed a $2 million book deal to spill all the sordid details about their perverse marriage and subsequent split.

Demi was humiliated and devastated by Sara Leal’s public revelations that she enjoyed a wild night of sexual excess with Ashton. Even worse Ashton cheated on her on their sixth wedding anniversary. Demi was so humiliated that she became anorexic and was looking skeletal when she filed for divorce in November – admitting by her action hat she could not handle marriage to a man 15 years her junior.

Rumors are that HarperCollins doubled Demi’s advance after she filed for divorce – since they knew everyone would want to read all the dirty details behind the split.

As source told The Daily Star:  “We already had a great book outline from her in which she said she would write about overcoming her alcohol and cocaine addictions. Now she’s going to blow the lid on her six-year marriage to Ashton, so what would have been a best-selling book is going to become a blockbuster.”

All the talk is that Demi is planning to totally trash Ashton as she exposes everything ugly that occurred in their six-year marriage. Ashton might seriously consider changing his identity before the book is released.