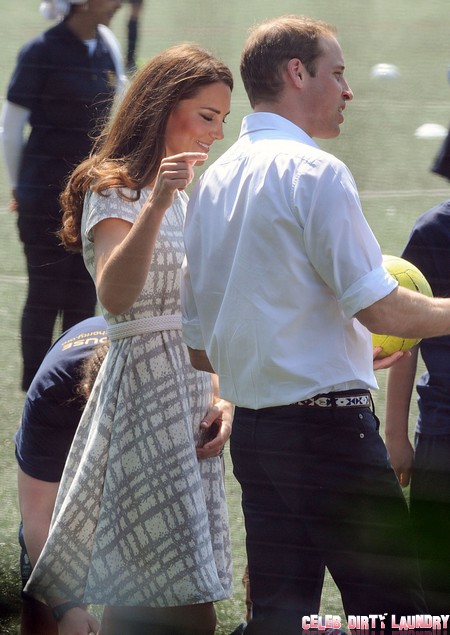 It seems that the royal family is going to have a pretty tough time getting this situation under control. Even though Kate Middleton and Prince William were successful at lodging a criminal complaint against the French media outlet that first obtained and published the topless snaps of the duchess, the drama continues. It has been revealed that a Danish tabloid called, Se og Hor, (See and Hear) is intending to run a 16 page spread featuring Kate’s now infamous photos.

The publication is not the least bit worried about the possible legal wrangling that could follow publishing proof that the duchesses’ privacy was invaded. According to The Copenhagen Post,

Se og Hør’s editor-in-chief Kim Henningsen said he was “unbelievably proud” that Se og Hør has obtained the photos and will be the only Danish media – so far, anyway – to run the shots that have made headlines the world over. “Our readers love to follow the lives of celebrities and royals and are always looking for news that brings them up close,” Henningsen said in a statement. “It is in Se og Hør’s DNA to entertain and satisfy our readers’ curiosity. Therefore, it is always relevant for us when a duchess and the future queen of England is topless and willingly reveals her breasts towards a public road.”

Tabloid media has never actually proven to have much of a conscience so it’s really not too surprising to hear that these pics will inevitably keep turning up in different places. Do you think that the Royals’ will be able to get the situation under control or will it just have to run its course on its’ own? I mean, eventually no one is going to pay for the same rehashed candid photos, right?  Tell us your thoughts in the comments below!